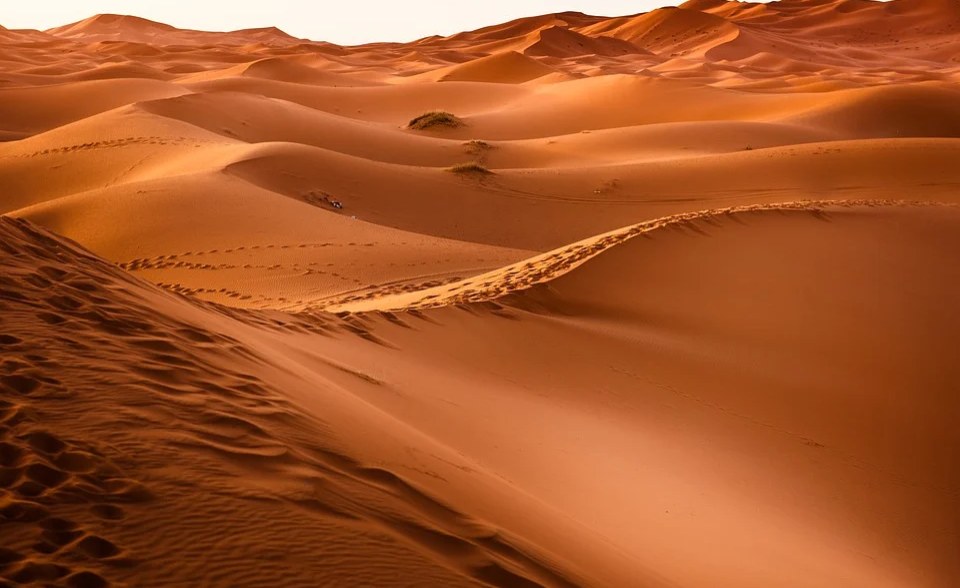 Director Denis Villeneuve’s most recent sci-fi epic is the latest attempt to tell the story of Frank Herbert’s acclaimed 1965 novel, Dune. The film is set millennia in the future when the galaxy is ruled by a class of family Houses. Each house battles for control over the most valuable resource in the galaxy, “spice” – a powerful hallucinogen that also happens to power interstellar travel.

Spice is mined on only one inhospitable desert planet – Arrakis, also known as Dune. Arrakis is populated by the Fremen, a group of warriors and desert dwellers who have to fight against a series of imperial colonisers, each one using different methods of control to mine and sell spice.

Dune offers a useful allegorical narrative of the “scramble for Africa“, which saw European empires carve up the continent into colonised powers based purely in the pursuit of trade advantages.

The “scramble” officially began in 1884 with the Berlin Conference. Here major European and other imperial powers – Germany, Britain, Belgium, Austria-Hungary, France, Spain, the US, the Ottoman Empire and others – colluded in violently delineating the continent’s varied tribal geographies into colonial nation states.

The colonial and aristocratic European motifs in Villeneuve’s Dune are not hard to spot: sealing decrees with signet rings on wax, overtly Westernised regal dress and military uniforms.

Based on specific trade specialities and existing knowledge of resources, by 1914, Africa was a colonised continent. Like Arrakis, its valuable natural resources (both human and nonhuman) were being mined to service Western colonial markets.

In Africa, King Leopold II of Belgium undertook one of the most notorious resource plunders in the Congo, which is known for its abundance of rubber. Leopold was far more brutal in his land grab than other coloniser, committing mass genocide in the process.

Seeing the Congolese people as inferior, Leopold forced them to labour for the valued resources and murdered those who refused. The exact figures are hard to discern, but it is thought that his armies murdered over half of the population.

In the film, audiences are introduced to Vladimir, leader of House Harkonnen, which has enacted a brutal and violent colonisation of Arrakis for years. His corpulence, greed and brutality bear a striking resemblance to the actions of Leopold. There is even a scene where he bathes in molten rubber.

The lasting impact of colonisation

As Villeneuve himself has pointed out, the themes of his version of Dune speak to how fragile a planet’s ecosystem can be. It also highlights how we must change our dependence on extracting resources to start a planetary healing process.

As climate catastrophe continues to unfold around the world, many commentators (myself included) point to the extractive nature of fossil fuel companies, deforestation practices and ocean-polluting industries as the prime culprits. These practices have a legacy in the colonial plunder of Africa, with several chartered companies set up to marshal the global trade of the resources gained from colonial invasions.

For example, Cecil Rhodes, who is known widely for the decolonisation campaign #RhodesMustFall, made his fortune mining diamonds in South Africa. This industry produces a lot of local pollution and is also highly energy intensive.

Many modern-day mining and oil companies have their roots in the colonial invasion of Africa, with damaging environmental costs both locally in African countries, but also globally as they belch carbon into the air.

Dune shines a harsh light on these processes.

We see how technologically superior invading “houses” are harvesting the raw materials, enslaving the population and using precious resources (such as water) to feed sacred trees rather than quench the thirst of indigenous workers. But these powers are ultimately humbled by Arrakis’ indigenous population who use spice as part of their sustainable relationship with the harsh environment of the planet – not for intergalactic trade or to generate vast profits.

Get the latest in African news delivered straight to your inbox

We need to confirm your email address.

To complete the process, please follow the instructions in the email we just sent you.

There was a problem processing your submission. Please try again later.

In this, Dune critically explores the geopolitics behind resource extraction. It highlights the limitations of and the inevitable resistance to the powers that attempt to wield natural resources for domination. It also predicted that the colonisation of the past would lead to much of the destruction we are now seeing.

The next decade has to be the one in which we, as a planet, begin to work towards reducing the impact of climate catastrophe. Part of that process will involve understanding the past transgressions of European power on the Global South. Stories that have a message behind them, like Dune, show us how.