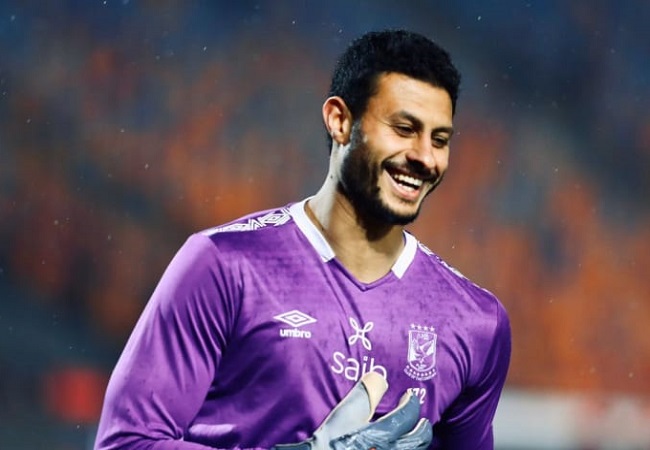 Al Ahly announced on Friday that their towering keeper Mohamed El-Shenawy has resumed full training after recovering from a hamstring injury.

El-Shenawy has been out of action since hurting a hamstring muscle during Egypt’s 3-0 World Cup qualifying victory away to Libya on 11 October.

The Cairo giants said in a brief statement that the 32-year-old normally took part in Friday’s training session after fully recovering from the injury.

He could now feature in the team’s upcoming Egyptian Premier League game against NBE club on Sunday.

Ahly were hardly impacted by the absence of the influential shot-stopper, with understudy Ali Lotfi producing some fine displays as the team hammered Niger’s USGN 7-2 on aggregate in the African Champions League second preliminary round.

El-Shenawy has been one of Ahly’s key performers in the past few seasons. He played an instrumental role in guiding them to a host of titles, including back-to-back Champions League crowns in 2020 and 2021.