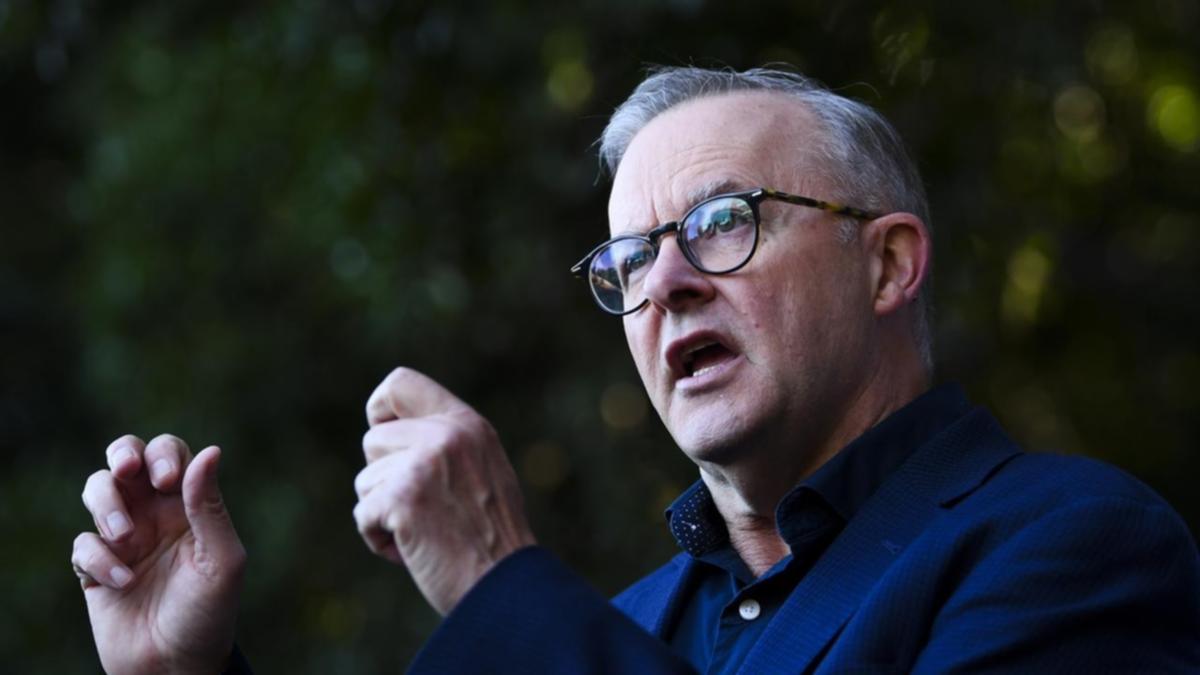 Labor has responded to criticism over not releasing its coverage costings forward of the beginning of pre-polling, with chief Anthony Albanese attacking the coalition for a similar factor.

Mr Albanese says the celebration’s costings will likely be launched “in the usual way” forward of polling day on Might 21, criticising the prime minister for holding off on his marketing campaign launch and coverage costings till after individuals had begun casting their votes.

“Scott Morrison is waiting for people to have voted for a week before he outlines what his costings are.”

Labor has been coy about revealing whether or not their remaining fiscal tally will predict the next deficit than the federal government, with Mr Albanese dismissing a media report saying the finances backside line can be round $10 billion worse off over 4 years.

Fairly than confirming the general debt determine, Mr Albanese mentioned Labor’s spending can be focused in the direction of areas that present an financial return.

“What we know is that the government has committed a lot more spending than we have on just about every single day of this election campaign,” he mentioned.

“What we know also is that Labor has prioritised spending in areas that will produce future income.

“Youngster care (funding) will produce further income by girls having the ability to work 5 days per week, by development in productiveness and development in firm income.”

The Labor leader also defended shelving a pledge to include superannuation for government-funded parental leave, which is mostly accessed by women.

But Mr Albanese left the door open for the estimated $200 million policy in future budgets, saying it is something he would like to achieve.

“We have mentioned very clearly that is one thing we would love to do. (However) you may’t undo 10 years of harm in a brief time period,” he mentioned.

“We’re very acutely aware of the truth that if we’re profitable on Might 21, we’ll inherit $1 trillion of debt so one of many issues that we’re doing is being very modest in our spending commitments.”

Touring a Mother’s Day market in the Sydney seat of Bennelong, Mr Albanese parted with a shot at the prime minister by comparing him to John Howard in the former prime minister’s seat.

Brushing off criticisms levelled by Mr Howard, the opposition leader went on the offensive, attacking the disunity within the Liberals and between the coalition partners.

“I respectfully am untroubled by John Howard’s feedback,” he mentioned.

“If he was sitting within the caucus immediately he wouldn’t recognise the rabble that’s the Liberal Social gathering underneath Scott Morrison.

“John Howard led his party in a way that Scott Morrison never has and never will.”