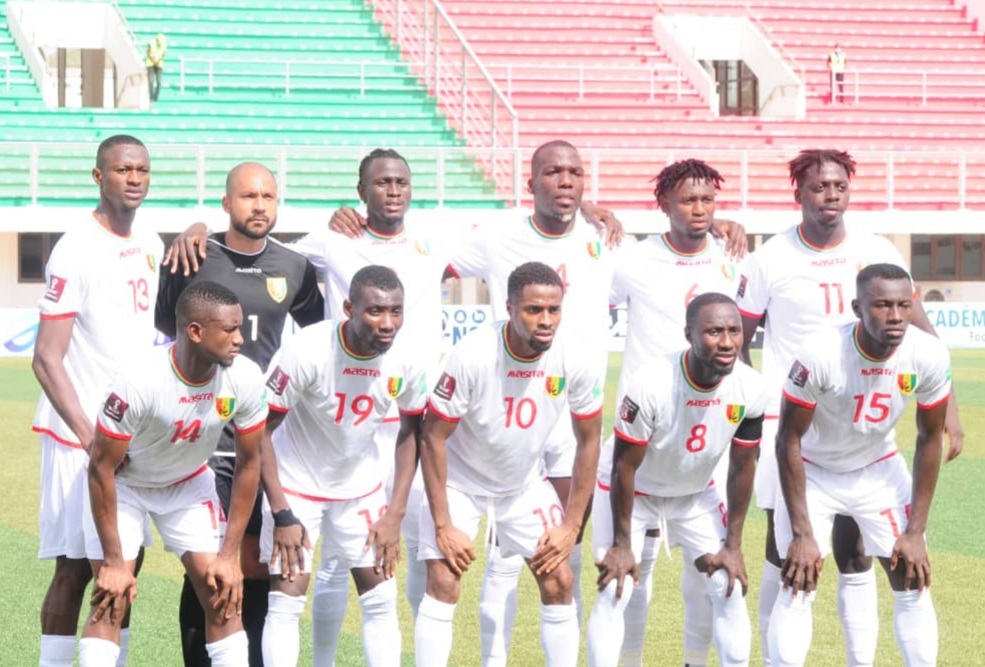 The two teams settled for a 2-2 draw in a Group I match of the World Cup qualifiers played in Guinea.

The Sly Nationale had a dream start to the home game at Stade Adar where Jose Adar opened the scoring three minutes into the second-half.

However, the hosts lead lasted for some minutes as Ahmed Mahmoud levelled matters for the visitors in the 64th minute.

However, Kamal had other ideas as he scored in the 88th minute to deflate the hosts and deny them maximum points.

The results dampens Guinea and Sudan’s hopes of progressing to the next qualifying round of the World Cup qualifiers.

Guinea are second from bottom with three points from three games one point ahead of the table anchors Sudan.

Morocco lead the group with maximum six points from two games two points ahead of Guinea-Bissau ahead of the two leading teams’ meeting later on Saturday.

Next, Guinea welcome Guinea-Bissau whereas Sudan host Morocco on Monday.