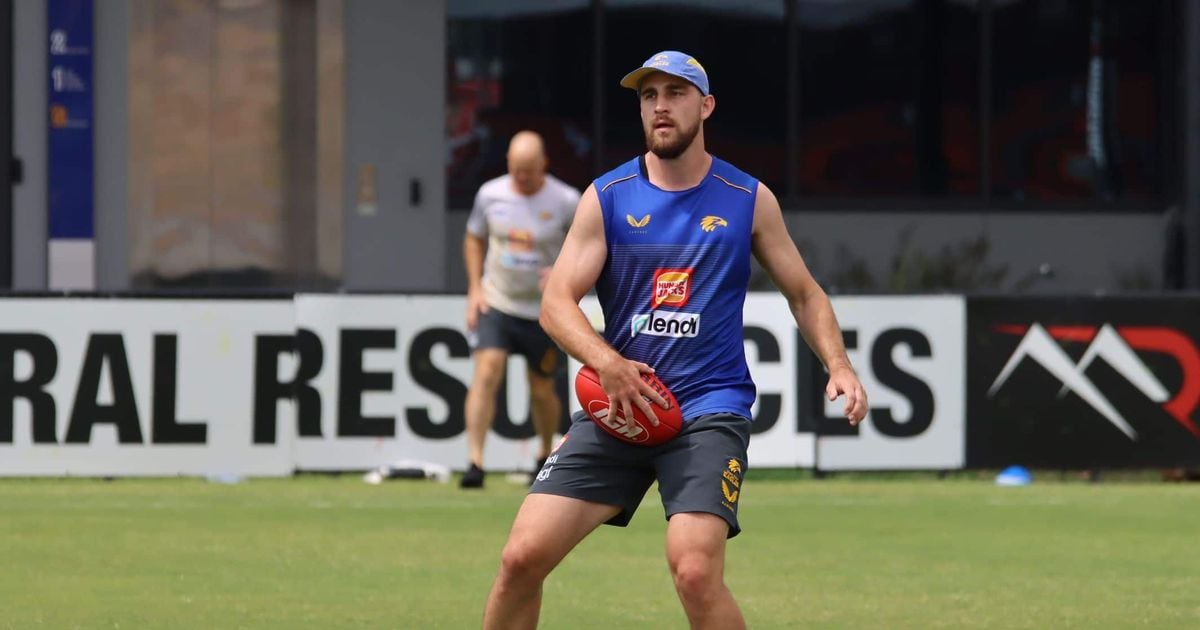 WEST Coast premiership star Elliot Yeo describes his past two seasons as an emotional and physical rollercoaster, dealing with the uncertainty and false dawns of the dreaded osteitis pubis.

But as he soaks in the unfamiliar feeling of a full pre-season, the midfielder is confident he can return to his powerful best in 2022 as a more mature and resilient footballer.

Yeo spent the best part of 10 months sidelined across 2020-21, finishing his 2020 campaign in round 11 in the hope of being fit for the start of the following season but not returning until May.

Lacking patience and desperate to compete, the 28-year-old admits there were plenty of times where an extended rehab got the better of him.

“It’s a weird injury and it felt like a rollercoaster to go through emotionally and physically,” Yeo told AFL.com.au.

“But being on the other side of that and knowing what I do now, I feel like it’s built a bit of resilience in me.

“It’s not like a usual injury where they can put a time on it and it’s a label and you know what you need to build to.

“It was literally ‘go until you feel better’, which is hard, and that took me a fair bit of time to get my head around.”

While the Eagles trained during Yeo’s period on the sidelines, the dual club champion would run controlled laps on his own on a separate oval, watching his teammates with envy.

Constantly taking two steps forward and one step back in his rehab, those teammates and staff would occasionally see his frustration boil over as the goalposts in his recovery shifted.

“There was one time there where I was running around here (Mineral Resources Park), it was pretty early in the year, and the boys were training,” he said.

“I’d done a lot of work and I was within reach, but I did four laps and just had to walk off the track. It was just too sore for me to go on.

“Sometimes dealing with those frustrations was quite hard and a lot of people were in the crossfire as well. It wasn’t great, but I feel like I learnt a fair bit from it.”

When Yeo returned, there were early clues within games that he could return to being the star he was between 2017 and 2019 when he was twice named in the Therabody AFL All-Australian team.

Managed minutes were a necessity, however, and in his third game back against Richmond in round 13, he was rested for the entire third quarter before dominating the final term with 10 disposals, seven clearances and eight inside 50s.

By the end of the season his match time was close to where the Eagles wanted it and the tackling machine had momentum, which he’s carried into this pre-season.

“Everything is feeling good at the moment and I’m pretty confident, especially going into a season with a good pre-season under my belt,” he said.

“I don’t feel like I’ve changed anything about the way I approach my footy.

“Towards the end of last year, I still feel like I was able to compete and do the things I wanted to do, other than time on ground when the medical team would put me on the bench.

“But I felt like I was able to do what I wanted to do without feeling restricted.”

While the injury hasn’t changed him physically in its aftermath, Yeo suspects it has helped him mature and build resilience that will help him both on and off the field.

“Looking back, I feel like I’ve changed a fair bit for the better, whether that injury has helped or it’s a progression,” he said.

“But I’d like to think over the course of however many years, this could have been a turning point for me in terms of maturity and learning my body and understanding things.

“Taking a back step and trusting the process as well with a lot of the strength and conditioning, knowing that it is all to help me get better and play footy, but also to be a better person.”