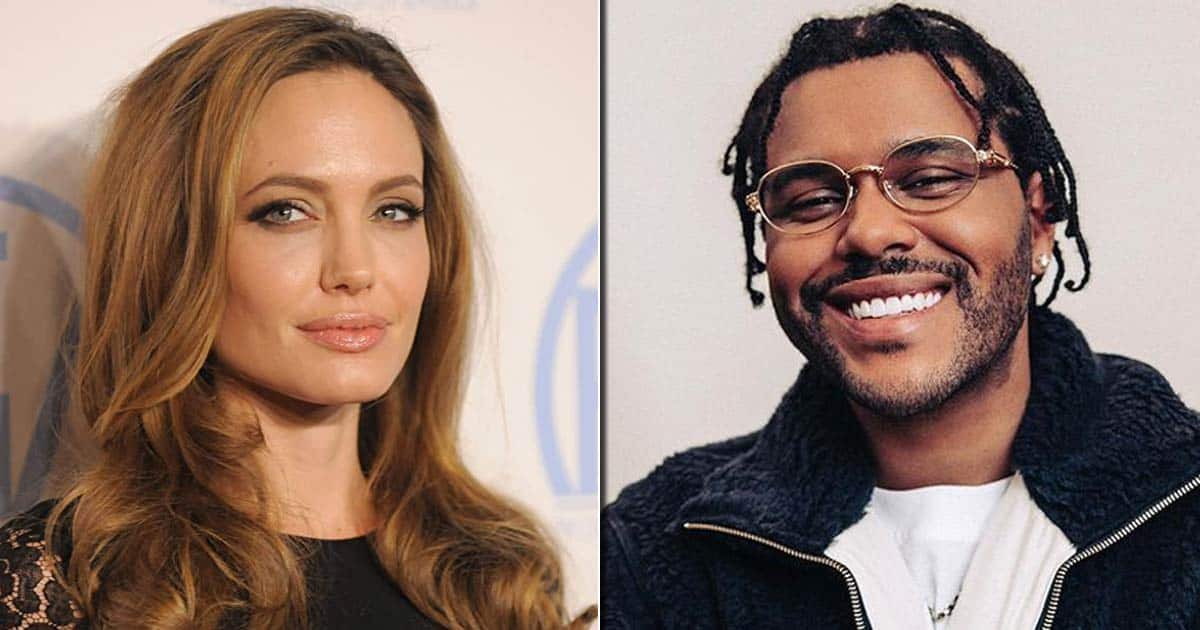 Hollywood’s actor Angelina Jolie is undoubtedly the most mesmerizing actress in the industry. Her beauty has a lot of men going gaga over her. Seems like The Weeknd is one of them! The couple and their rumoured dating deets have been the talk of the town for the past few weeks.

However, when asked about the ‘Blinding Lights’ singer during an interview, the actress gave quite a clever answer to it. Check out what she has to say!

Angelina Jolie who will now be seen in Marvel’s Eternals was doing media rounds to promote her upcoming movies, during one of the interviews an E! News reporter could not help but ask the question about her and The Weeknd’s relationship.

While conversing with Angelina Jolie the reporter asked, “Now I have to know, Angelina, because your kids are at the age where they have opinions, so I have to know,”

“Were they more excited that you were in The Eternals, or that you are friends with The Weeknd?” The reporter further added to his question.

However, the actress dodged the bullet sharply as she answered, “They’re very excited about this film if that’s what you’re asking.”

Well, that was quite a smart answer by her!

Talking about Eternals, the star who will be playing the role of Thena, recently spoke about her character at a global press conference.

The actress said: “I was attracted to this project for many reasons. I am a fan of MCU. Was a big fan of Chloe’s (Zhao, director). And then when they first talked to me about the story it was the cast. It was the idea of what this family would be.”

“Before I even knew very much about who I was gonna play. Um, but as I learned about Thena, and that’s one of the special things that Chloe brings to this, is she’s known for, bringing reality to a film.” Angelina added.

Must Read: When BTS’ Suga Wrote An Adorable Letter To Apologise To His Ex-Girlfriend For Being ‘Shy’ & Ending The Relationship