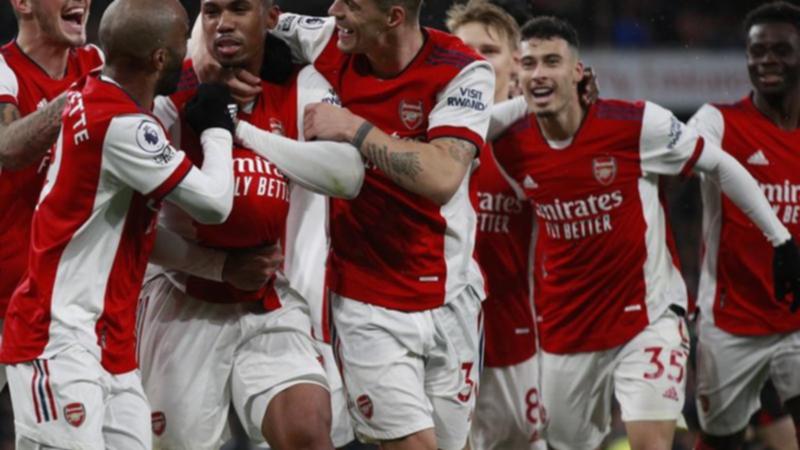 Arsenal have been charged with failing to ensure their players conducted themselves in an orderly fashion during the Premier League defeat to Manchester City.

An ill-tempered affair had seen Gabriel Magalhaes sent off after being booked twice inside two minutes during the second half, with Arsenal unable to hold on for a point as City came from behind to win 2-1 at the Emirates Stadium.

Bukayo Saka had given the Gunners the lead, before Pep Guardiola’s side were awarded a controversial penalty just before the hour – with referee Stuart Atwell pointing to the spot after looking at the pitchside VAR monitor and adjudging Granit Xhaka had fouled Bernardo Silva.

Gabriel caused a melee before the penalty could be taken and was shown a caution for scuffing the spot, although Riyad Mahrez finished coolly to level with City’s first shot on target before Rodri struck in stoppage time.

A statement from the Football Association read: “Arsenal FC has been charged with a breach of FA Rule E20.1 following their Premier League game against Manchester City FC.

“It is alleged that Arsenal FC failed to ensure their players conducted themselves in an orderly fashion during the 59th minute and the club has until Friday to respond.”