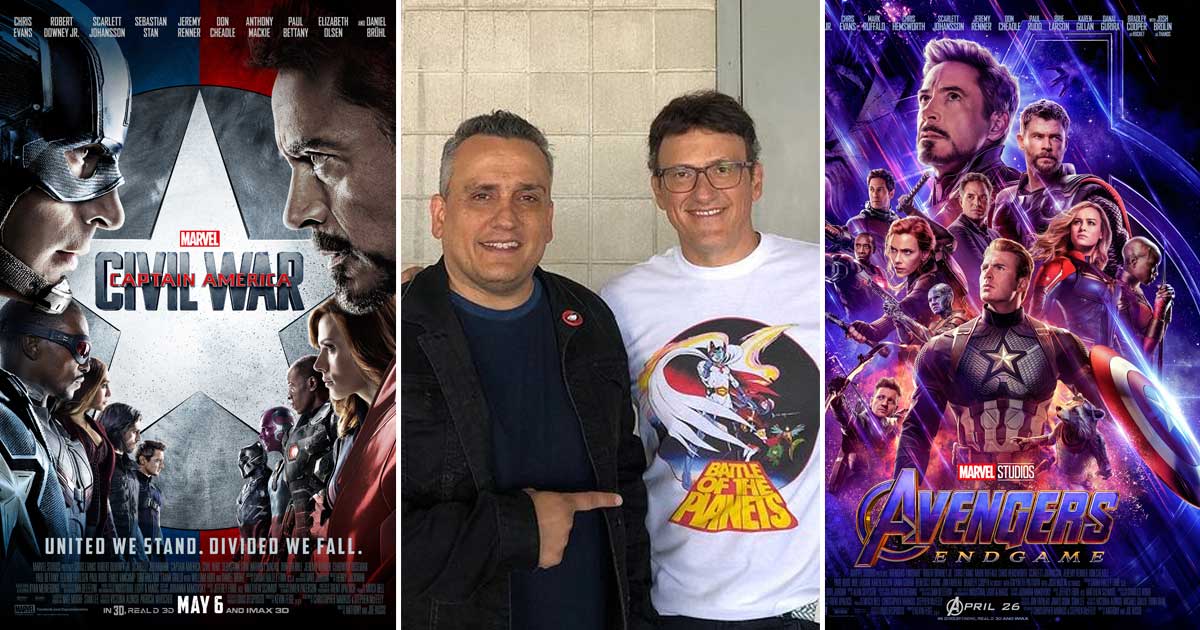 The legendary Russo brothers who gave Marvel fans four greatest films from the studio were almost about to quit after an argument. The brothers, Joe and Anthony, have created Avengers: Endgame, Avengers: Infinity War, Captain America: Civil War and Captain America: The Winter Soldier.

The new book ‘The Story of Marvel Studios: The Making of the Marvel Cinematic Universe’ pens down the relationship between the studio headed by Kevin Feige and the Marvel Creative Committee stationed at Marvel Entertainment’s headquarters in New York City.

It also details the reason behind the brothers almost quitting. As reported, after directing The Winter Soldier, the Russo brothers wanted to create something new for the big screen on their second MCU flick. The idea they came up with included a conflict within the Avengers as they wanted to bring Captain America and Iron Man to blows as in the Civil War comic book event.

However, the Creative Committee vetoed the idea given by the Russo brothers and insisted on reuniting the Avengers to fight Baron Zemo and his squad of super soldiers in the film’s final act. Though the Studios and the Committee have had differences in the past, it is mostly the former that has been willing to compromise.

Imagine if they would have quit back then, the Avengers: Endgame wouldn’t have been the same without Joe and Anthony. However, the situation had put the directors into a spot where quitting felt like a better option than bending the demands from the Committee.

“We reached a point where we said, out loud in a room, ‘We’re not interested in continuing as directors of this movie if it is going to be about managing politics and a third act,” Joe Russo said in the book. Anthony chimes in, “And I think Kevin was very energized by that. And also, maybe it gave him some leverage in the situation because we were so clear about our point of view.”

Ultimately, Walt Disney Studios Chairman Alan Horn, who was met due to the threat of losing the Captain America: Civil War, sided with the Russo brothers and Kevin Feige while taking a step towards resolving issues between Marvel Studios and the Creative Committee and also helped the fans by not taking away the chance of seeing Avengers: Endgame.