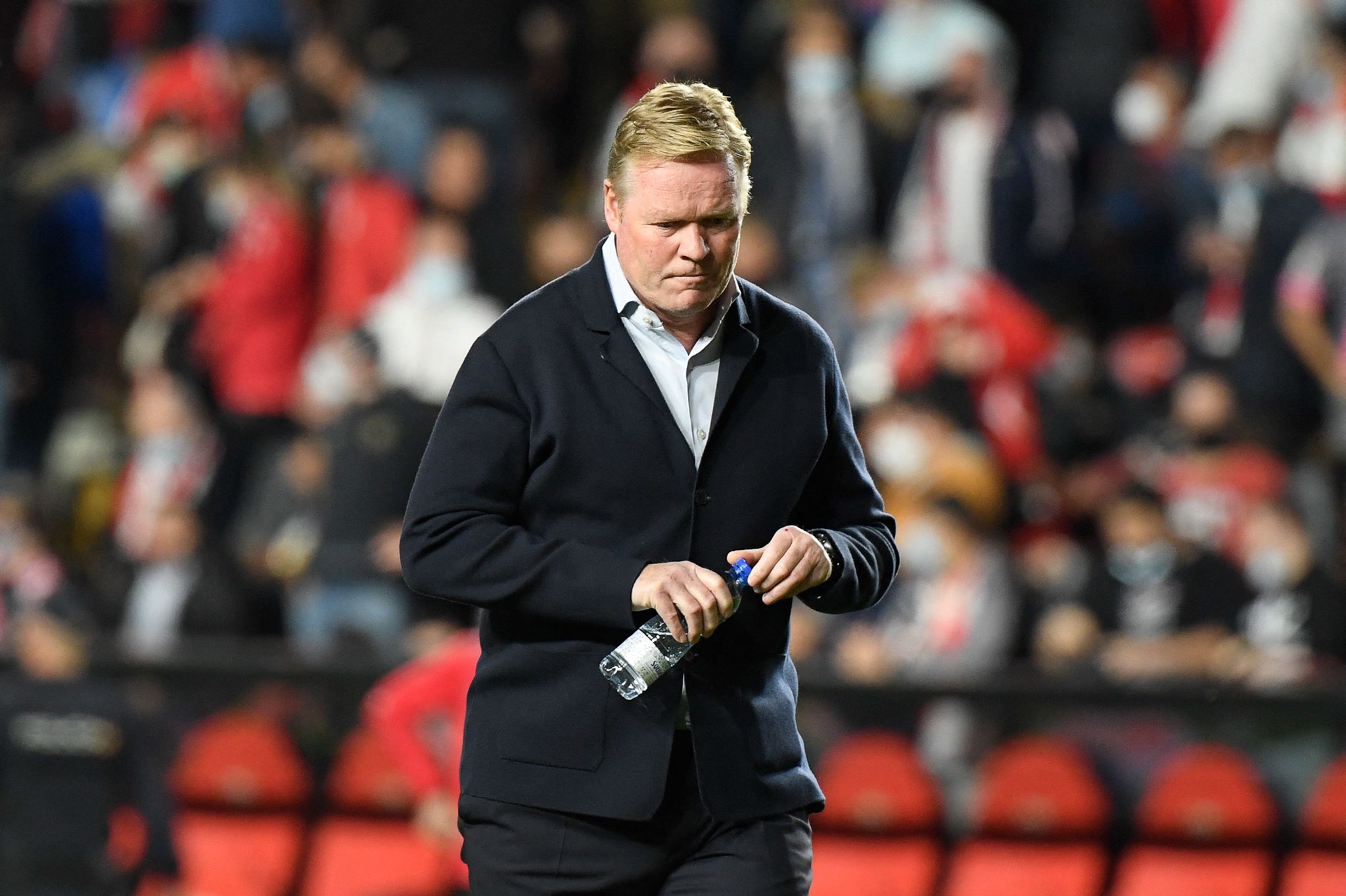 Barcelona has relieved Ronald Koeman of his position as the team manager following a disappointing 1-0 loss to Rayo Vallecano on Wednesday night.

The Catalans has been struggling this season since the departure of Lionel Messi as they were stunned by Vallecano.

The club President, Joan Laporta decided to swing the hammer which fell on K

A statement from the club thanked Koeman for his service and wished him well.

“Barcelona has relieved Ronald Koeman of his duties as first-team coach.

“The president of the club, Joan Laporta, informed him of the decision after the defeat against Rayo Vallecano

“Ronald Koeman will say goodbye to the squad on Thursday at the Ciutat Esportiva.
“FC Barcelona wishes to thank him for his service to the Club and wishes him all the best in his professional career.”

“Barcelona’s patience with Ronald Koeman has finally run out, with the board having relieved the Dutchman of his duties as head coach on Wednesday y following the 1-0 defeat to Rayo Vallecano.

“After months of speculation regarding his future, the defeat to Real Madrid in Sunday’s Clasico coupled with the loss away at Rayo on Wednesday

Despite Koeman being a club legend himself during his playing days, a disapointing end to the 2020/21 LaLiga Santander campaign, coupled with an even worse start to the current season – where Barcelona find themselves ninth in the table – convinced the board that the Dutchman would not be able to turn the tide.

On October 2, ahead of the league meeting with Atletico Madrid, Barcelona president Joan Laporta had stated Koeman would continue as a coach regardless of the result in an apparent vote of confidence for the under-pressure boss, yet the situation has taken a turn for the worse over the month, that position has drastically changed.