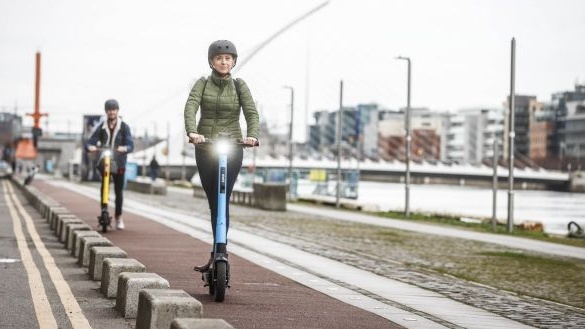 The Government has approved the legislation to allow for e-scooters on Irish roads. It is now due to go before the Oireachtas and should be concluded before Christmas.

The Road Traffic and Roads Bill, which will include provisions for e-scooter usage, was approved by Cabinet on Tuesday.

Dublin City Council earlier this year asked operators of public electric scooter sharing schemes to provide information on how they might work here, ahead of the expected passing of legislation.

It was originally expected that legislation allowing for e-scooters on Irish roads would be passed before last Christmas.

More than 20 operators have expressed interest in launching shared services in Dublin as well as in other towns and cities. These include international companies such as Dott, Tier, Voi, Bird, Bolt and Superpedestrian as well as local players such as Zipp Mobility, Bleeper and Zeus.

The Republic is among the last EU member state to legislate for e-scooters.

“With this strong legislation approved by Cabinet – we are one step closer to not only legally having e-scooters in Ireland, but also ensuring the country has the safest e-scooter regime in Europe,” said Benjamin Bell, Tier’s director of public policy for northern Europe.

In addition to allowing for so-called powered personal transporters to be allowed on Irish roads, the new Bill also contains laws to deal with dangerous and anti-social off-road use of scramblers and quads, and legislation to support implementation of the BusConnects strategy, and the introduction of a variable speed limit system on the M50 in Dublin.

Other measures include amendments to strengthen law enforcement by directly linking licensed drivers to registered vehicles, and for completing the statutory basis of a shared database to combat uninsured driving.