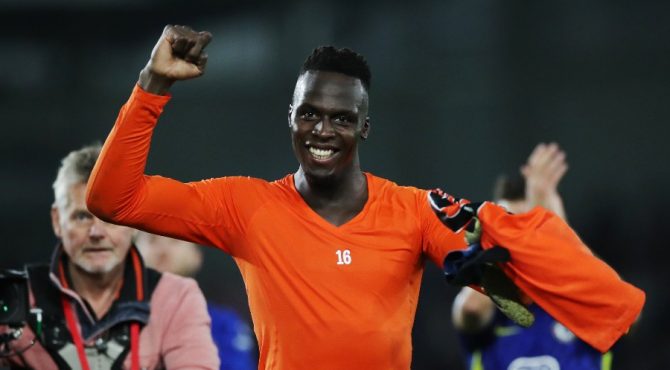 Senegal legend and former Liverpool winger El Hadji Diouf hailed his countryman Edouard Mendy as the best goalkeeper in the world at the moment.

Speaking to French Radio station Europe 1, the 40-year old said it is scandalous not to include Mendy among the 30-man nominees for the Ballon d’Or 2021.

Diouf went on saying Mendy and Tuchel are the main men for Chelsea in what they achieved last season and the way they continue to shine this season.

“He’s the best goalkeeper in the world”, El Hadji Diouf said. a

“And he’s not one of the Ballon D’Or nominees while the Italian goalkeeper (Donnarumma) is in! It’s scandalous.

“He had to be part of the first 3. If Chelsea have changed, it is thanks to Thomas Tuchel and Edouard Mendy “, the former Leeds United star added.