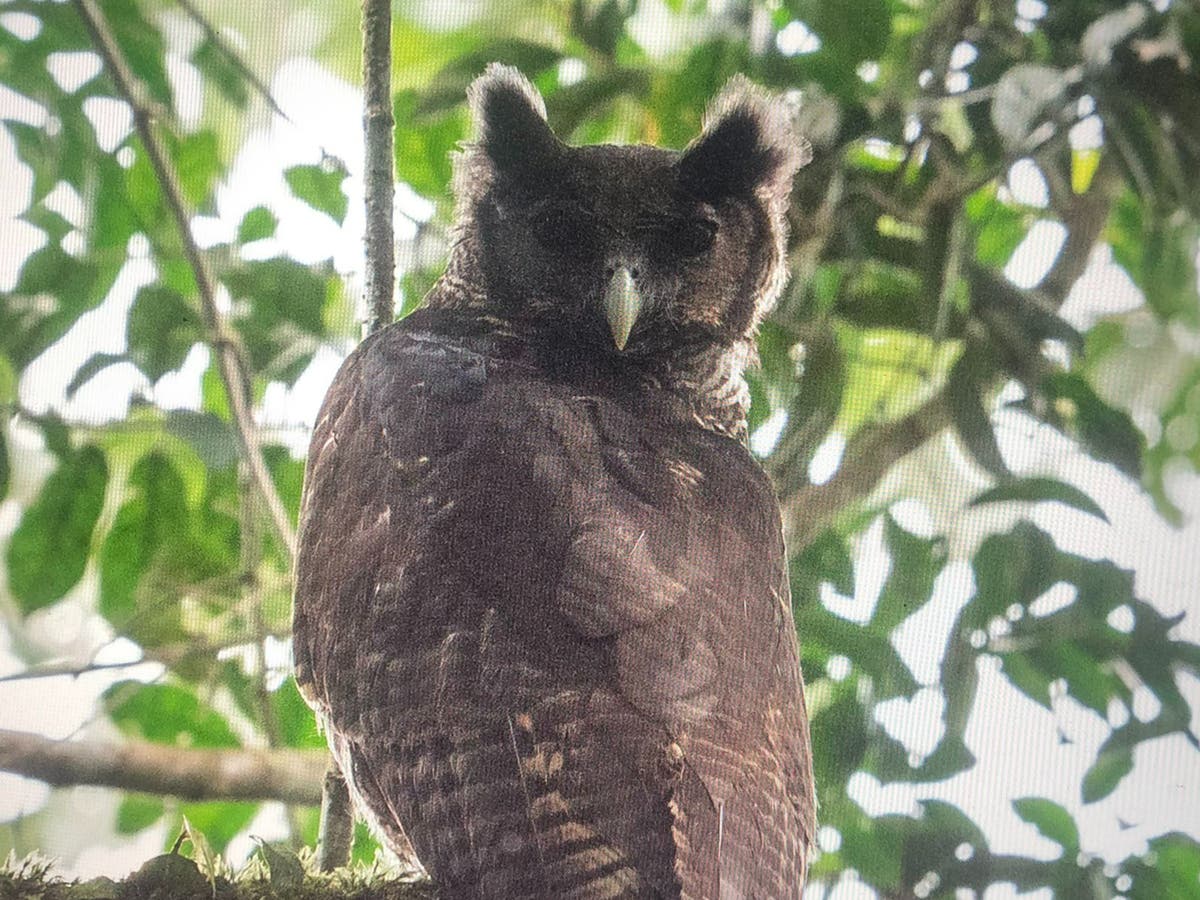 A giant owl that has gone almost unseen in African rainforests for 150 years has been photographed in the wild for the first time by British scientists working in Ghana.

Shelley’s Eagle Owl was spotted on 16 October in what has been hailed as a “sensational discovery” by ecologists.

With only a few thousand thought to be in existence, the species is officially classified as being at risk of extinction.

A picture of the bird was taken by Dr Joseph Tobias, of the Department of Life Sciences at Imperial College London, and Dr Robert Williams, an ecologist from Somerset.

The pair discovered the owl, of which there have been no confirmed sightings since the 1870s, during its daytime roost earlier this month.

Despite only seeing the bird for around 15 seconds, they managed to snap enough pictures to identify it – substantiated by its distinctive black eyes, yellow bill, and huge size.

“It was so large, at first we thought it was an eagle,” Dr Tobias said.

“Luckily it perched on a low branch and when we lifted our binoculars our jaws dropped. There is no other owl in Africa’s rainforests that big.”

The owl was first described in 1872 after Richard Bowdler Sharpe, curator of the bird collection at the Natural History Museum, obtained a specimen from a hunter in Ghana.

There have since been occasional unconfirmed sightings of Shelley’s Eagle Owl in recent decades in west and central Africa.

Dr Nathaniel Annorbah, of the University of Environment and Sustainable Development, Ghana, said: “This is a sensational discovery. We’ve been searching for this mysterious bird for years in the western lowlands, so to find it here in ridgetop forests of eastern region is a huge surprise.”

Imperial College London has since described the discovery as new source of hope for the bird.

Friends of Atewa, an environmental group, are in the process of lobbying for the area to gain the status of being a national park following continued threats of illegal logging and bauxite mining.

Dr Williams said: “We hope this sighting draws attention to Atewa forest and its importance for conserving local biodiversity.

“Hopefully, the discovery of such a rare and magnificent owl will boost these efforts to save one of the last wild forests in Ghana.”