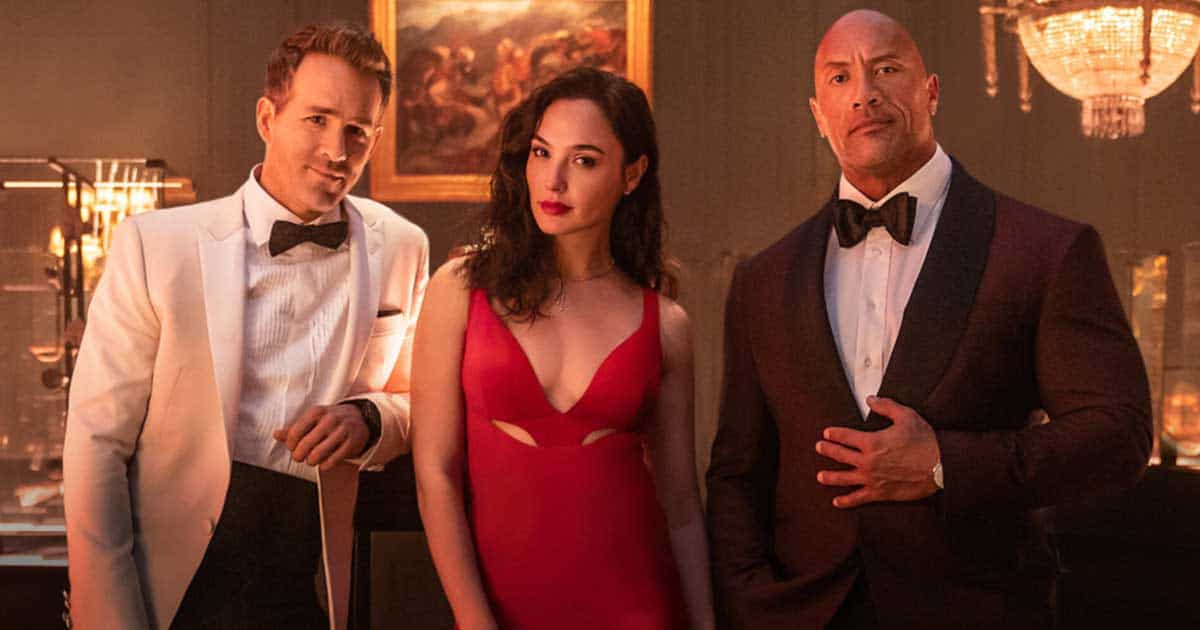 He made his acting debut in ‘The Mummy Returns’ in 2001, and since then, WWE wrestler-turned-Hollywood superstar and producer Dwayne Johnson aka The Rock has reprised the lead role in a series of global blockbusters, starting with ‘The Scorpion King’ in 2002.

With his latest production, ‘Red Notice’ streaming on Netflix from Friday, November 12, Johnson joined a select roundtable with journalists, including an IANS representative, to talk about his ability to be a hit machine and the pressure of competing with his previously successful characters.

Reported to have cost $200 million to produce, ‘Red Notice’, an action-comedy drama also starring Ryan Reynolds, Gal Gadot and the UK-Indian actress Ritu Arya, must notch up a viewership of 83 million households globally before it can be regarded as a commercial success, according to ‘The New York Observer’. Dwayne Johnson’s Seven Bucks Productions has co-produced the film.

Dwayne Johnson said: “One could interpret that you feel pressured, but I think it all comes down to the choices you make, and whatever the script and character are. You gotta love what you are doing and whatever gets you out of your bed and you’re passionate about it, then really that is what all that matters.”

Crowned the ‘Sexiest Man Alive’ in 2016, the 49-year-old star has starred in blockbusters such as ‘The Rundown’, ‘Walking Tall’, ‘Southland Tales’, ‘The Game Plan’, ‘Get Smart’, ‘G.I. Joe: Retaliation’, ‘Hercules’, ‘San Andreas’, ‘The Fast and the Furious’, ‘Jumanji: Welcome to the Jungle’, its sequel ‘Jumanji: The Next Level’, and most recently, ‘Jungle Cruise’.

Johnson said in response to a question from IANS: “I hear what you are asking. It’s tricky because it is a smart question, but it is tricky to answer because Gal and I both have had the opportunity to play some iconic (characters). … We are so lucky and blessed in our careers to play iconic characters…like Wonder Woman. How do you top that? So you just have to find something.”

Elsewhere during the roundtable, Johnson also spoke about the dynamics he shared with his co-stars. “I think Ryan has the ability to not crack and hold on to the scene and the moment. Where Gal and I … ruin takes ruin, many, many takes,” the star said with a laugh.

How did ‘Red Notice’ happen? Johnson said: “(Writer-director) Rawlson (Marshall Thurber) pitched the idea to me as he had to Gal as well. The pitch was fantastic and I was in. And of course, I wanted to work with Gal again, especially at this stage of her career where she is like sitting on top….so, here we are.”

Must Read: Ridley Scott Calls Superhero Movies ‘F*cking Boring As Sh*t’: “Their Scripts Are Not Any F*cking Good”