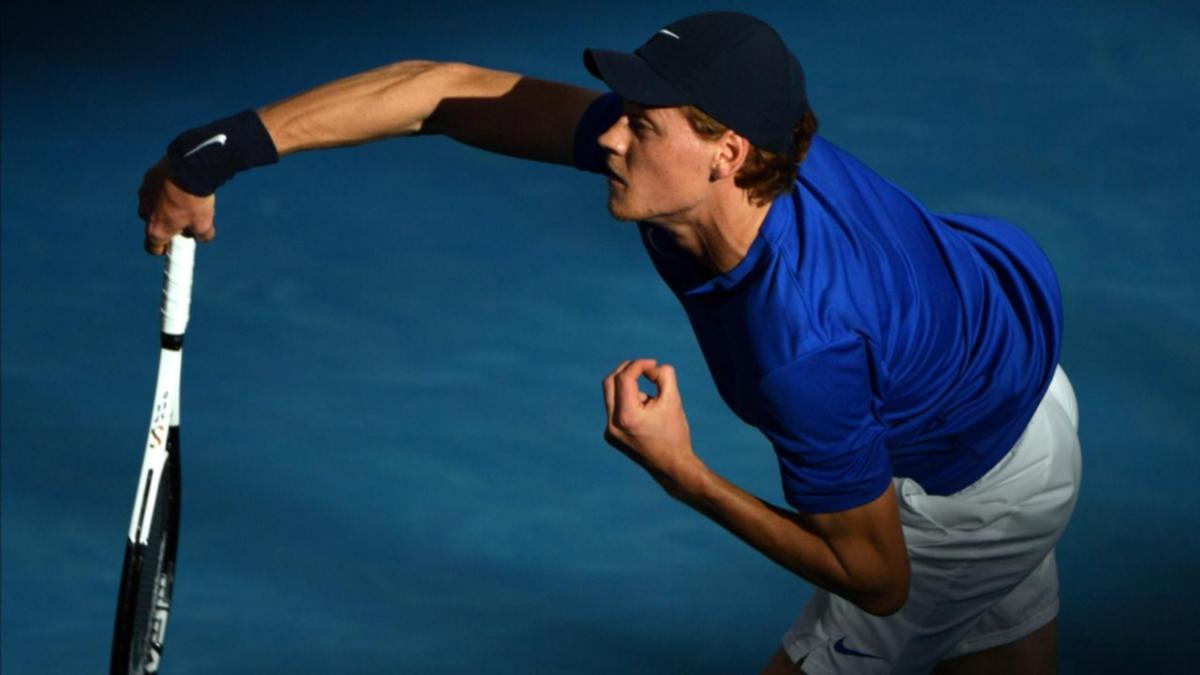 Australia’s Max Purcell has been outclassed by world No.10 Jannik Sinner as Italy drew first blood in their ATP Cup clash in Sydney with a 6-1 6-3 win.

Purcell was a late call-up after James Duckworth was forced to withdraw with hip soreness and the 23-year-old replacement looked to be a lamb to the slaughter in the opening set.

The Australian rallied in the second set with some aggressive net play, but Sinner was able to withstand the fightback.

As far as stand-in tasks go, it couldn’t have been much harder for Purcell, 23, who is ranked 176th in the world.

Sinner’s 2021 ended with him becoming the youngest player to finish the year in the game’s top 10 since Juan Martin Del Potro in 2008.

And the 20-year-old Italian came through with an early statement of intent, breaking Purcell twice to wrap up the first set in 29 minutes.

Sinner continued in the same form in the second, breaking Purcell’s first two service games before the Australian flicked a switch.

Purcell was down 4-0 before he broke the Italian either side of a hold of serve to give hope that he could get back into match.

But just as the crowd began to stir with excitement, Sinner regained his composure to claim victory.

“I felt very solid and I knew I had to play very solid on the baseline,” Sinner said.

“When he comes to the net it’s very hard to pass him.

“I tried to play deep and for my first match of the year, it couldn’t have gone any better.”

It remains unclear whether Duckworth will be ready to return for the clash with Russia on Tuesday or Thursday’s match-up with France.

Alex de Minaur is set to take on Matteo Berrettini in the final singles game, before John Peers and Luke Saville will play Italy’s Simone Bolelli and Fabio Fognini.