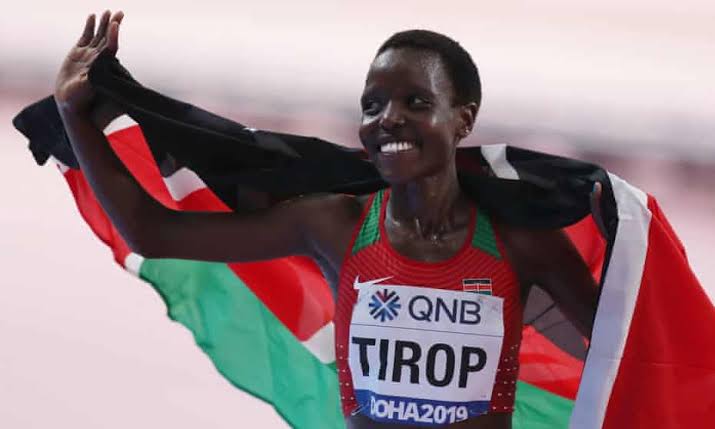 Kenyan world record holder, Agnes Tirop has been found dead in her home in Iten, Elgeyo-Marakwet County of the country.

Tirop’s lifeless body was found in her home in a town which is a training hub for many athletes in the country.

The 25-year old broke the world record for the 10km road race in Germany in September. A two-time bronze medalist at the World Athletics Championship, Tirop missed out on a podium finish by whiskers in the 5,000m race at the 2020 Olympics.

Kenyan Police have revealed investigations are ongoing as to the source of Tirop’s death with crime scene investigators found in the athlete’s residence on Wednesday.

“Athletics Kenya are this afternoon distraught to learn about the untimely death of World 10,000m bronze medallist Agnes Tirop,” the country’s official athletics organisation said in a statement, shortly after the incident.

“We are still working to unearth more details surrounding her demise. Kenya has lost a jewel who was one of the fastest-rising athletics giants on the international stage, thanks to her eye-catching performances on the track.”

Tirop broke a 19-year old record last month when she ran a time of 30 minutes and one second in Herzogenaurach, Germany, pipping the record set in 2002 by 28 seconds in a 10km rod race.