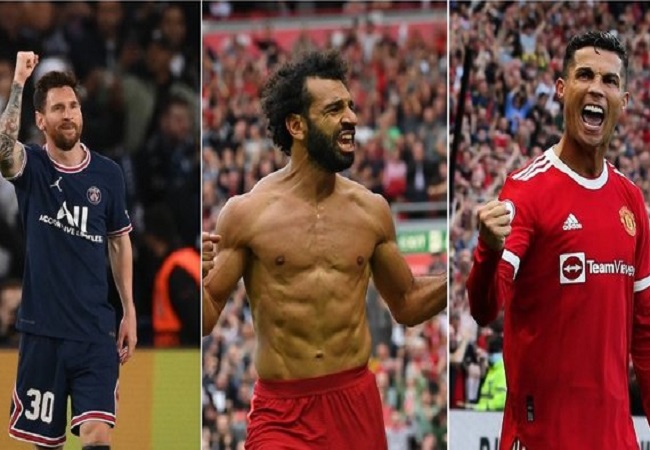 Mohamed Salah made a sparkling display in Liverpool’s 5-0 drubbing over Manchester United at the weekend. And the Egyptian star man is demanding a wage higher than PSG forward Lionel Messi.

The 29-year-old has been in sparkling form this season netting 15 goals in 12 appearances in all competitions, including a hat-trick at Old Trafford on Sunday.

Jurgen Klopp and the Reds hierarchy are desperate to tie Salah down to a new long-term deal with the player himself admitting he would love to stay until the last day of his career.

The free-scoring forward is demanding a bumper increase to his current package though. And he wants to become the highest paid player in Premier League history, earning even more than Manchester United’s Cristiano Ronaldo and PSG’s Messi.

Football insider allege Salah is expecting a deal worth £500,000-a-week to extend his stay at Anfield past 2023, a 150 per-cent increase in his current contract.

That would see the Egyptian earn more per week than the likes of Paul Pogba, Kevin De Bruyne and Harry Kane.

At the moment towering defender Virgil van Dijk is the highest paid player at Liverpool on £220,000-a-week. But Salah’s demands would shatter the pay structure at the club.

It would also see the Reds wideman as a more valuable asset than Lionel Messi.