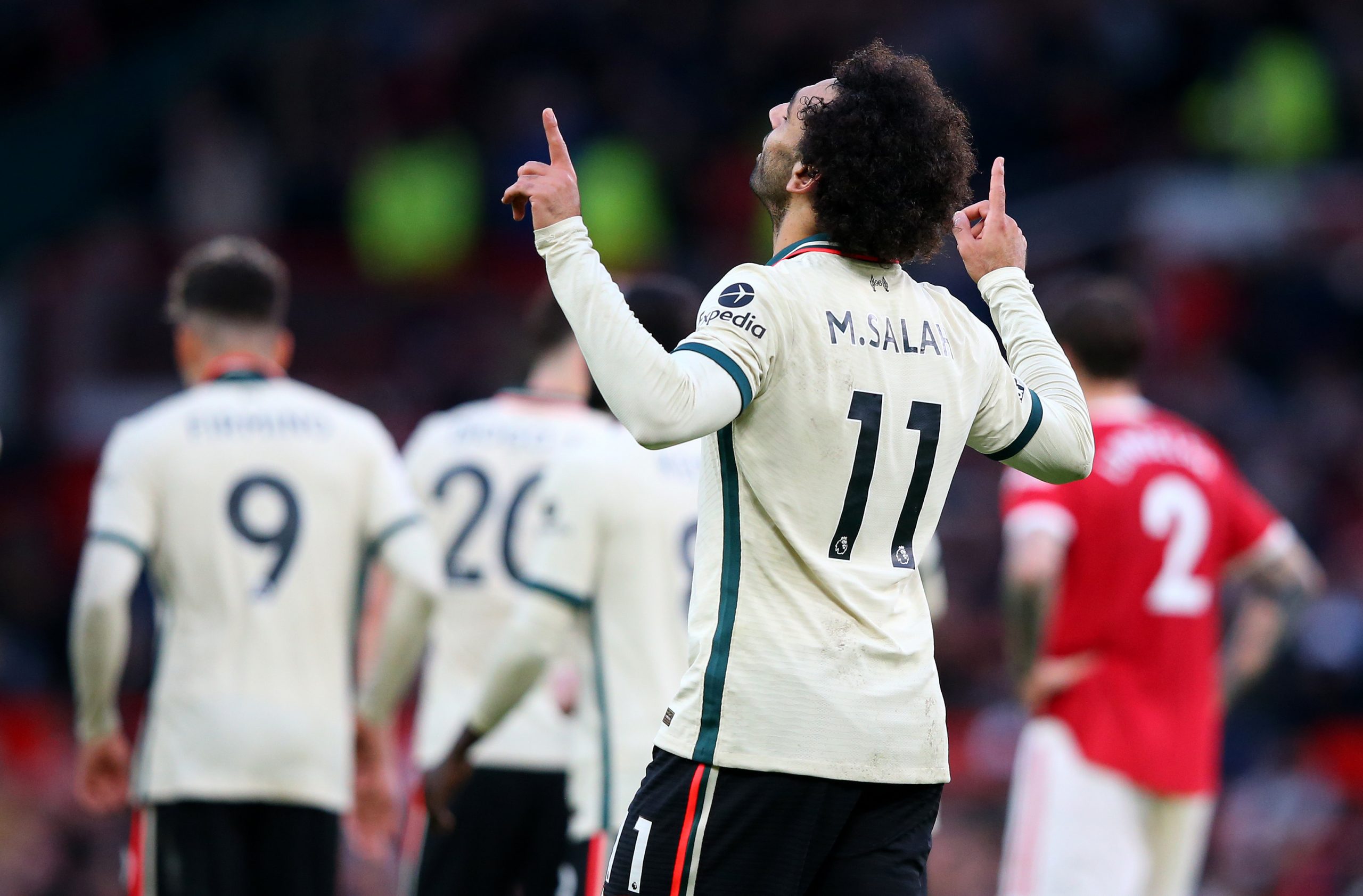 Liverpool has inflicted a 0-5 defeat to Manchester United at Old Trafford on Sunday afternoon with Egyptian winger Mohamed Salah scoring a hat-trick.

Guinean midfielder Naby Keita was the first to show the way to his teammates as he opened the deadlock just after 5 minutes of play with Salah assisting him. He was later stretched off after a horrible tackle from Paul Pogba.

Eight minutes later, Portuguese forward Diogo Jota increased the lead for the Reds after a well-constructed action. Then came the Mohamed Salah show.

The Pharaoh scored his first goal in the 38th minute to make it 0-3 lead for the away side.

The Egyptian King scored his brace in the additional time of the first half (45+5) as Manchester United were 0-4 down to the break.

As if it was not sufficient, Mo Salah scored a fifth goal for Jurgen Klopp’s side to make it 0-5 until the full-time.

Cristiano Ronaldo could have reduced the scoreline for the Red Devils but his goal was ruled due to an offside position.

Liverpool humiliated Man United and Ole Gunnar Solskjaer and claimed all three points along the way.