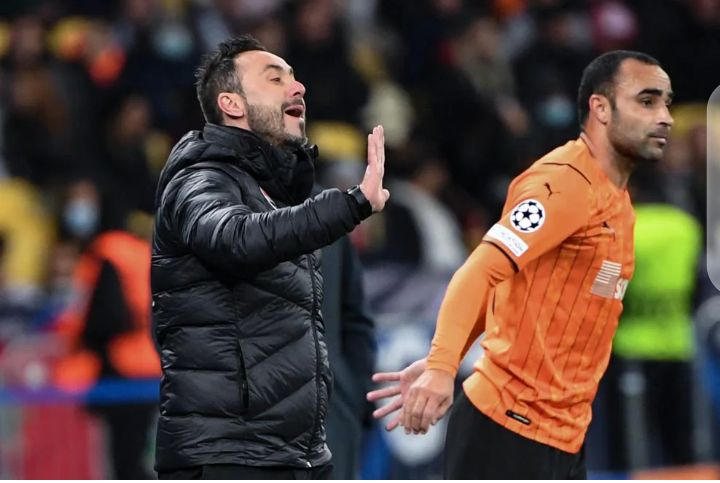 Shakthar Donetsk manager Roberto De Zerbi, has refused to accept that Tuesday’s UEFA Champions League loss was the most terrible in his career.

De Zerbi’s Shaktar Donetsk suffered a 5-0 at home to Real Madrid putting them in a daunting situation in Group D.

The Ukrainian side have now gone three games without a win but De Zerbi felt admitted that lost of concentration cost them the huge defeat.

He said, “It’s not the most terrible defeat in my career, sometimes it happens to any coach. My team tried to play its football.

“We played well in the first half: we played with courage and controlled the ball.

“Even though we conceded that first goal, it wasn’t a bad performance.

“But in the second half, Vinícius scored an early goal and it made things very difficult for us.”

“We were making those mistakes we usually don’t. But what I didn’t like even more is that some players threw up their hands after the second goal.

“And I don’t want it to go through these hard results.”

“When Real Madrid play as Real Madrid, it will be difficult for any team.

“They played an outstanding game. Like I said, we were not bad in the first half but we still lost too many balls in the midfield through Solomon, Tetê, Alan Patrick… so Madrid had many opportunities to counterattack.”