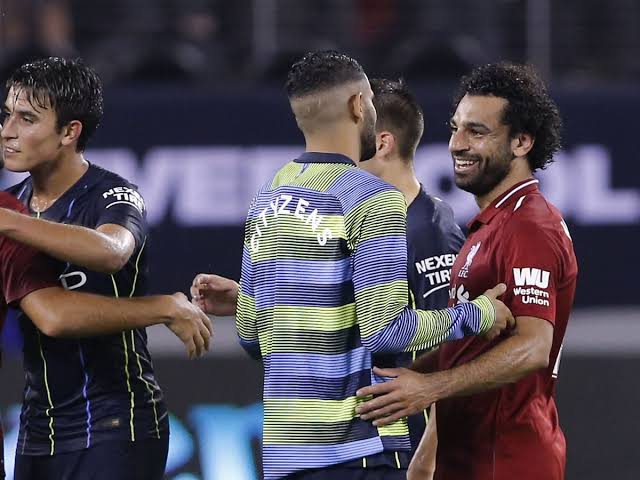 Algerian sat Mahrez was instrumental to Manchester City’s Premier League triumph last season. He was also a key member of the squad that made it to the final of the UEFA Champions League for the first time in City’s history.

Salah has been a regular feature in the nominations since he made a switch to Liverpool in 2017. The Egyptian last week became the fastest Liverpool player to reach 100 Premier League goals, as he achieved the feat in 151 games. He currently sits 10th on the all-time list for Liverpool goal scorers.

Mahrez was a shining light in the City team last season and is one of just two Africans who have made the 30-man shortlist. This year’s Ballon D’Or is expected to be given to two players with Bayern Munich attacker, Robert Lewandowski expected to win the award for 2020, which wasn’t held as a result of the COVID-19 pandemic.

Both players are arguably the two best players in Africa and will be part of their nations’ quest for the 2022 African Cup of Nations in Cameroon.