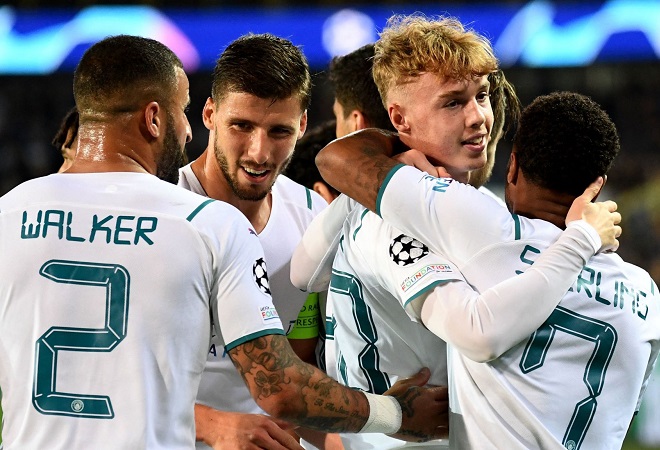 Heading into the game, there was an element of pressure hanging over Pep Guardiola’s side following their 2-0 defeat at PSG last month. Club Brugge started the game one point ahead of the Premier League champions. But any pressure was quickly relieved as the visitors secured a 2-0 advantage going into the break thanks to Joao Cancelo’s strike (30) and Riyad Mahrez’s penalty (43).

Their dominance continued after the break as Kyle Walker finished another fine City move in the 53rd minute before Cole Palmer made an instant impact from the substitute’s bench.

The 19-year-old was only on the pitch for two minutes before scoring his first Champions League goal with a fine left-footed finish into the bottom corner (67).

Club Brugge finally had something to cheer late on when Hans Vanaken grabbed a late consolation (81). But it was the only blemish for City, who added a late fifth as Mahrez grabbed his second of the game (84) to put the finishing touch on what was a near perfect night for Pep Guardiola and his side as they look to secure top spot in Group A.

It was a comfortable win for City, who were sensational in possession tonight. It’s great to see how well they kept the ball, giving the hosts no opportunity to win it back.