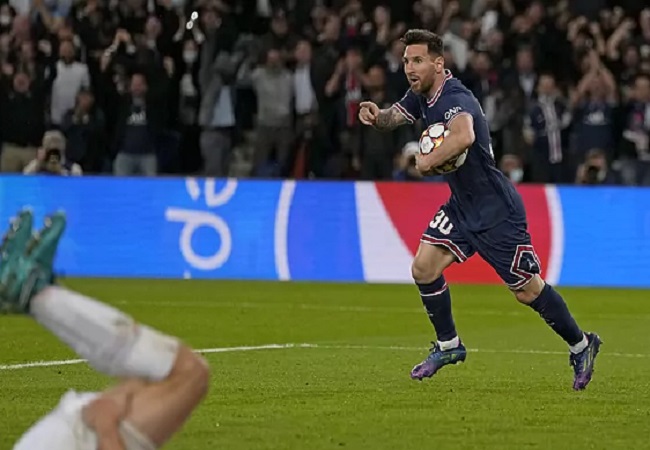 PSG duo Kylian Mbappe and Lionel Messi found their groove as they inspired their side to a 3-2 comeback victory at home to RB Leipzig in a Champions League thriller on Tuesday.

Mbappe was the first to strike and Messi had the France forward to thank for his second-half double after the Ligue 1 side had fallen 2-1 behind following goals by Andre Silva and Nordi Mukiele either side of the interval.

Mbappe, who missed a stoppage-time penalty, set up Messi for the equaliser and won the penalty that the Argentine converted with an ice-cool chip after what had been a lacklustre performance from the club’s new signing.

The result left PSG top of Group A with seven points from three games. They are one point ahead of Manchester City, who demolished Club Brugge 5-1 away earlier on Tuesday. Leipzig have no points.