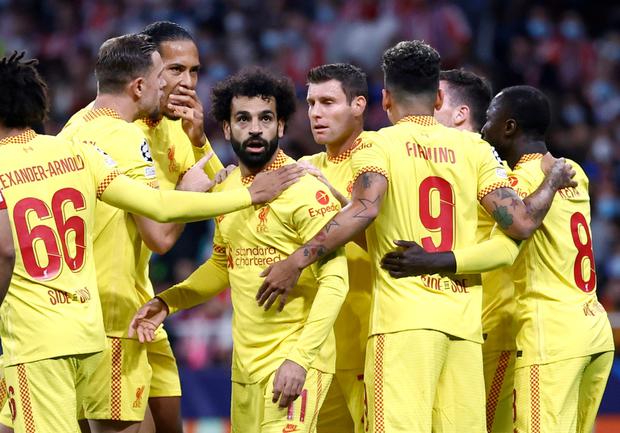 The Reds claimed a third win in a row in the European competition with Salah opening the scoring for the away side just after eight minutes of play.

Guinean midfielder Naby Keita followed on his footsteps and doubled the lead for Jurgen Klopp’s men in the 13th minute.

However, Liverpool lost focus with Antoine Griezmann pulling one back for the La Liga outfit in the 20th minute.

Read more : Messi and Mbappé put PSG at the Top of Group A after beating Leipzig

The French World Champion back a it 14 minutes later to net a brace as he beat Alisson Becker for the second time.

Atlético were reduced to 10-men when the former Barcelona star was shown the red card after a terrific foul on Liverpool centre-forward Roberto Firmino.

The Premier League side took advantage of that numerical superiority and Salah was the man on target again as he scored from the penalty spot to make it 2-3 for Liverpool.

The Reds are on top of Group B with 3 wins out of 3 games and 9 points.