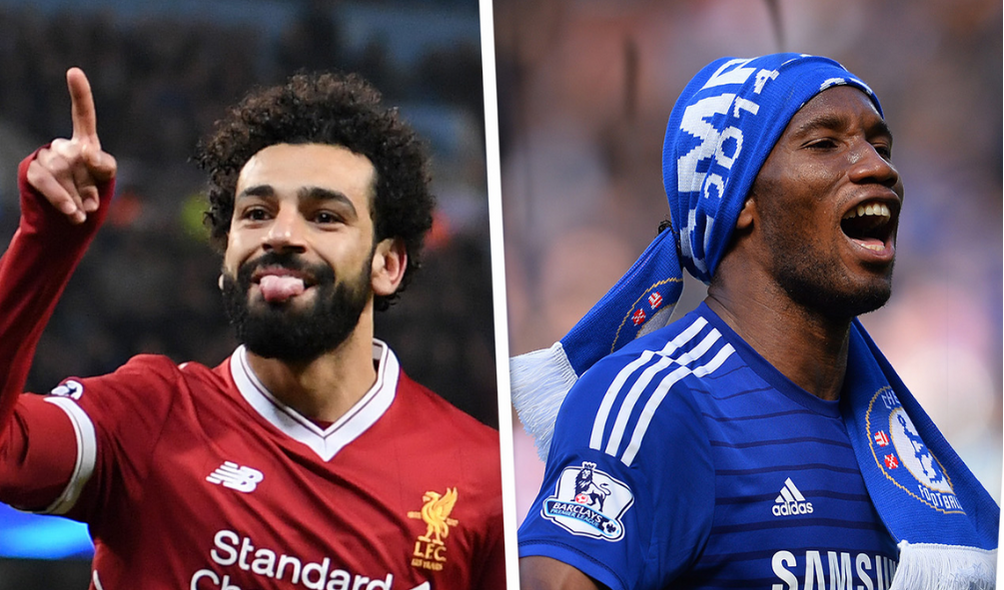 The weeks go by and look the same for Mo Salah. The Egyptian king has now scored in 10 consecutive games for Liverpool and is the first player in the club’s history to do that.

Moreover, Salah overtook Drogba’s record of being the Top African scorer in the English top-flight history.

The Chelsea legend has 104 goals to his name during his time with the Blues.

However, the former Ivory Coast striker is no longer on top of the scorers list after Mo Salah’s hat-trick on Sunday.

The Egyptian winger is now the highest African scorer in Premier League history with 107 goals in just 167 appearances.

His Liverpool teammate Sadio Mane is third on the list with 100 strikes.