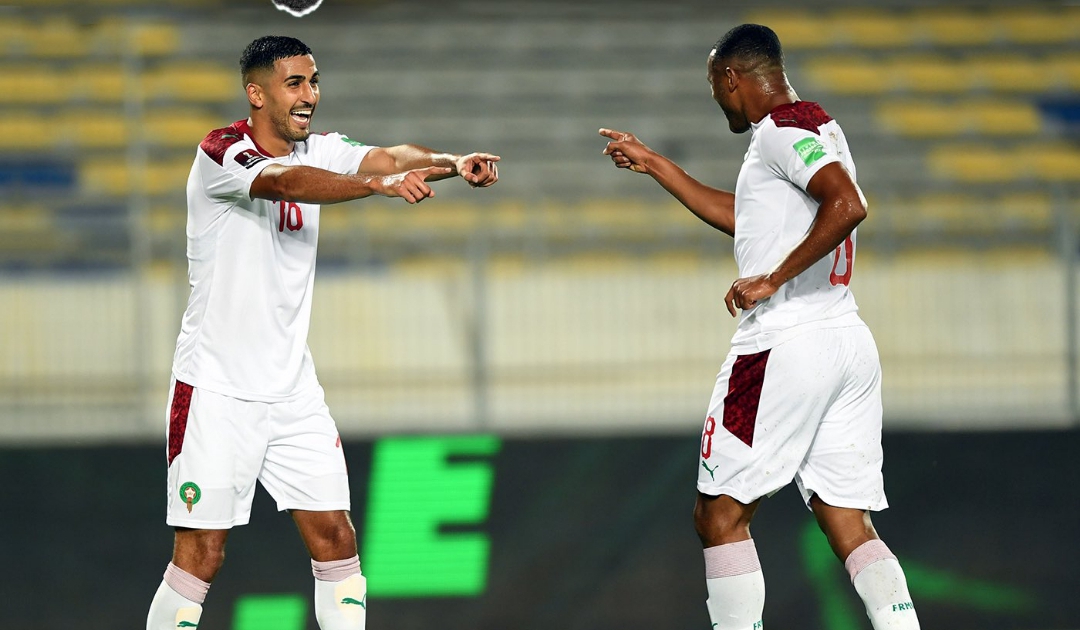 Morocco maintained their top place in Group I of the FIFA 2022 World Cup qualifier following an emphatic 3-0 away win against Guinea-Bissau.

Having thrashed Guinea-Bissau 5-0 on Wednesday Morocco was another easy against Guinea-Bissau who was no match to the Atlas Lions.

Morocco dominated the match and played some good combination in midfield giving no space for their hosts to threaten.

It took just 10 minutes to break the deadlock with Ayoub El Kaabi netting the opener.

Aymen Barkok scored Morocco’s second goal in the 20th minute before Ayoub El Kaabi scored his second of the game to make it 3-0.

Morocco who still has a game at hand now tops Group I with 9 points from three games.

Guinea-Bissau despite the loss are second with four points while neighbours, Guinea are third with three points.