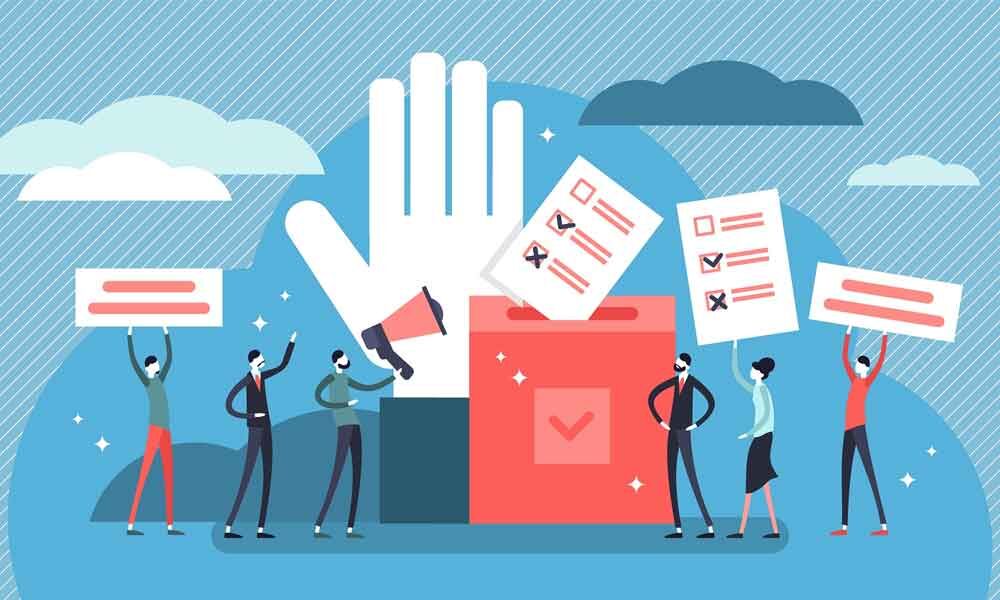 Assembly elections are due in five States including Uttar Pradesh, Punjab, Uttarakhand, Goa and Manipur during early 2022. If the poll predictions are any indication, despite issues such as steep hike in petrol and gas prices, farmers’ protests in the north, the Lakhimpur Kheri incident which claimed the lives of four farmers when a vehicle in the convoy of Union minister Ajay Mishra’s son Ashish Mishra ran over the farmers, BJP seems to be ahead of others in at least four States.

Different surveys have predicted that though the saffron party may face some heat and lose a few seats in UP, it is poised to serve another term. The UP elections have become a symbol of prestige but, so far, the efforts of Congress, SP, BSP and other parties do not appear to be matching the popularity that the Yogi government enjoys.

Though Congress under the leadership of Priyanka has announced populist schemes such as 40 per cent quota for women in tickets. This certainly is a herculean task for the Congress as 40 per cent means 161 seats out of 403. It has also announced 100 per cent waiver of farm loans. Other freebies include smartphones and scooties for girls, and free treatment up to Rs 10 lakh for the people of the state. But then, the Congress remains what it is and refuses to bury internal differences.

On the other hand, the Yogi government has introduced several schemes which are aimed at removal of poverty which seem to have gone well with the people of UP. Caste factor also plays a major role in UP. Yadavs and Muslims this time may go with Samajwadi Party, Jatavs with BSP and Jats with RLD. Hardly any caste is associated with Congress.

In the case of Uttarakhand, too, the BJP looks comfortable despite change of three CMs in one year. The BJP-led alliance had won 57 seats in the 2017 assembly polls, while Congress-plus had managed to win just 11 seats. Though Congress is emerging as a tough contender against BJP, it is still not strong enough to wrest power from BJP. Of the 70 seats in Assembly, Congress may win a maximum of 30 seats. The Aam Aadmi Party (AAP), which will make its electoral debut in the hill state, is expected to win just 0-2 seats.

The failure of Congress to get into action and firm up alliances with regional parties seems to have come as an advantage for the BJP in Goa. In 2017, though Congress was the single largest party with just three short of halfway, it could not form the government and seems to be heading for a repeat performance due to its laidback attitude. Even TMC is holding talks with parties like Goa Forward Party, but not the Congress.

In Manipur, post-poll alliances play a major role in the formation of government. Here BJP is likely to face stiff challenge from Congress though surveys indicate that BJP will form the government.

The most interesting would be Punjab elections. The State which was a Congress stronghold is in turmoil. It is yet to set its house order which appears to be a difficult task with Capt Amarinder Singh having quit the party and the maverick attitude of state chief Navjot Sidhu.