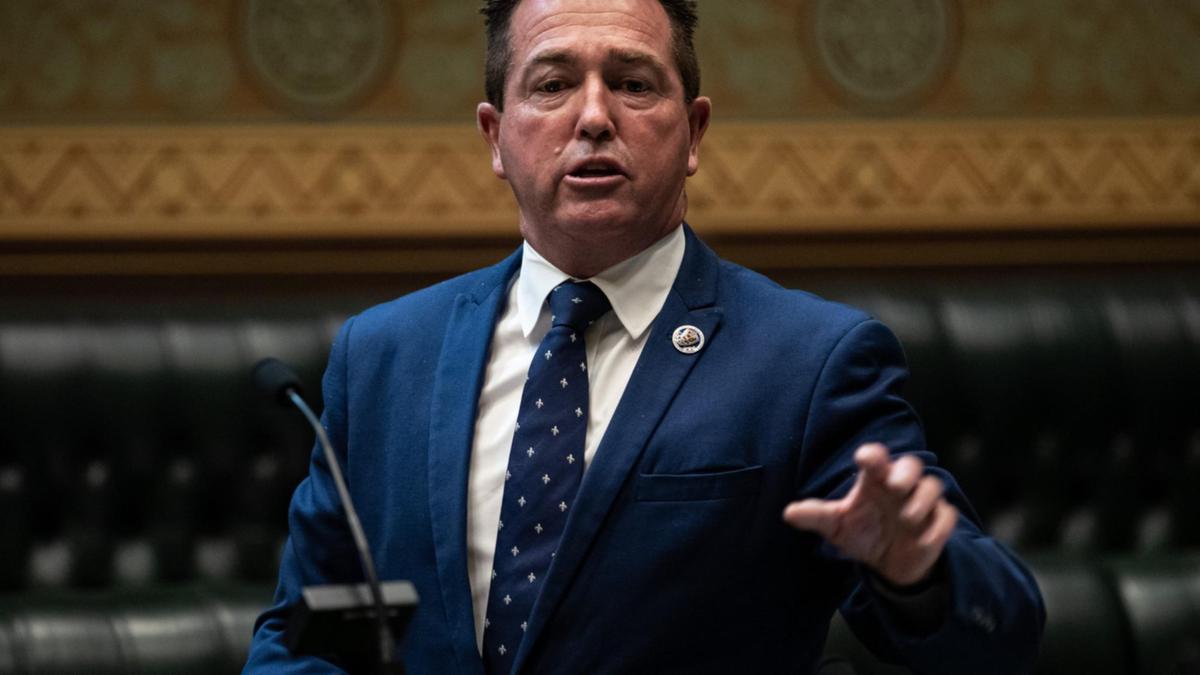 Critics say the legal guidelines are “draconian” and fly within the face of the democratic proper to protest.

“While the NSW Government respects the right to protest, that must be weighed against the right of other members of the public to move freely and not be obstructed in public places,” Appearing NSW Premier Paul Toole stated.

“Illegal protesting has no place in our state and this new legislation demonstrates that we are committed to cracking down on this selfish, economic vandalism.”

Hefty fines and jail time may face those that disrupt main roads or different transport infrastructure throughout the state.

“It is shameful to think that it’s appropriate to disrupt the lives of ordinary people as they go about their business in the pursuit of your own particular aims,” Mr Minns advised the parliament.

Earlier within the day, 4 folks had been charged following weeks of co-ordinated actions that included blocking the Princes Hwy in Sylvania on Friday morning. They had been demanding speedy motion on local weather to stop pure disasters.

The protesters had been eliminated by police.

“The government has made it clear during the debate that they designed these laws to jail their political opponents, that’s not just bad public policy, it’s deeply anti-democratic,” NSW Greens MP David Shoebridge stated.

Below the brand new legal guidelines, offenders face a most penalty of $22,000, two years in jail, or each.

It was already an offence to “enter, remain on, or otherwise trespass on prescribed major bridges or tunnels in NSW if that conduct causes a serious disruption,” based on NSW Legal professional Common Mark Speakman.

“The Bill expands this to prescribed roads. It also creates an equivalent offence under the Crimes Act 1900 so that activities that detrimentally affect prescribed public transport or infrastructure facilities can be captured.”

Initially, the brand new laws will apply to the three ports of Newfortress, Port Kembla and Port Botany, with the Authorities aiming to increase them to extra amenities.

Greens members stated the legal guidelines would make it solely doable to protest in NSW in permitted areas, and with the prior approval of police.

“Non-violent protest has always been a cornerstone of democracy. Alongside an independent media, and free and fair elections, it is in fact one of the characteristics of a functioning democracy,” NSW Greens MP Jenny Leong stated.

“People are scared of what the future holds. They are desperate. They have tried asking politely and have been completely ignored. And we are in a race against time.