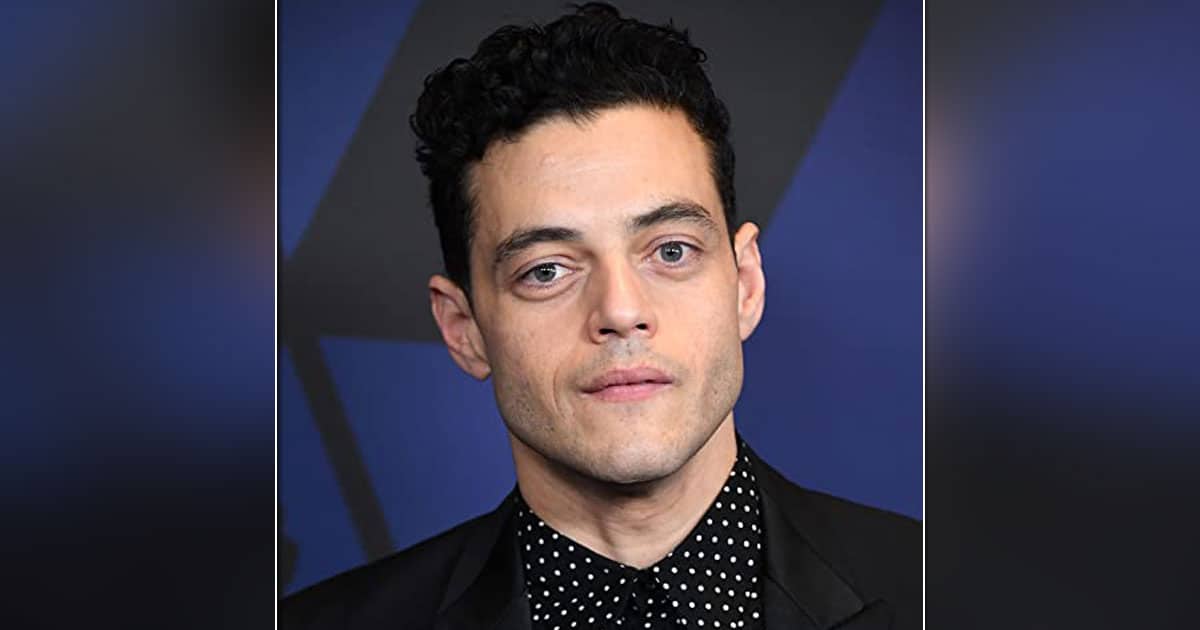 Rami Malek used to put his headshots in pizza boxes. There is a lot of hustle and bustle around the new James Bond, No Time to Die. The film was released last week, and as per the reports, it has collected around Rs. 14 crores at the box office. It was the final film of Daniel Craig as 007, and now the hunt for the next-best Bond is on, with several stars, including Regé-Jean Page, Henry Cavill and Tom Hardy at the top of the list.

Malek’s character Saffin goes up against the formidable James Bond in the movie. Recently, Rami revealed that Craig kissed him for coming up with a good idea for the film while they were shooting.

Rami Malek has been in several amazing films and shows such as Bohemian Rhapsody, Mr. Robot, Night at the Museum, The Little Things and many more. However, it hasn’t been a walk at the park for the actor as he revealed what he used to do to get auditions. While appearing on The Late Late Show With James Corden, Rami Malek shared that he used to put his photo headshot in food orders when he worked as a pizza delivery man.

“Every job I had was, like, to deliver pizzas, and I’d stick my headshot into the pizza box,” the No Time to Die star said. After that Daniel Craig, who was also on the show, asked him if he ever got any response. “I got an audition. I don’t think I got a callback. I think it was for, like, an M&M’s commercial. But I was just like, “Yeah, do it. I mean, what do you have to lose?”‘ said Rami Malek.

Malek also shared that it was important to put his headshots in the delivery boxes of actors like George Clooney and Andy Garcia. When asked by James Corden if he ever talked to people to whom he was delivering, Rami said, “I tried to get out of there as quickly as possible.”

Rami Malek also shared that he kept doing this until he got a call after a year. “I slipped them in every manila envelope, sent them to all my agents….Nobody called back for a year. Then I got one callback,” he said. It turns out the casting call was for the hit comedy-drama show Gilmore Girls in 2004. That is quite some story to hustle! Share your thoughts on it with us.

Must Read: Dakota Johnson Praised As ‘Amazing’ By Drew Barrymore To Destroy Ellen DeGeneres For A Lie On Her Show