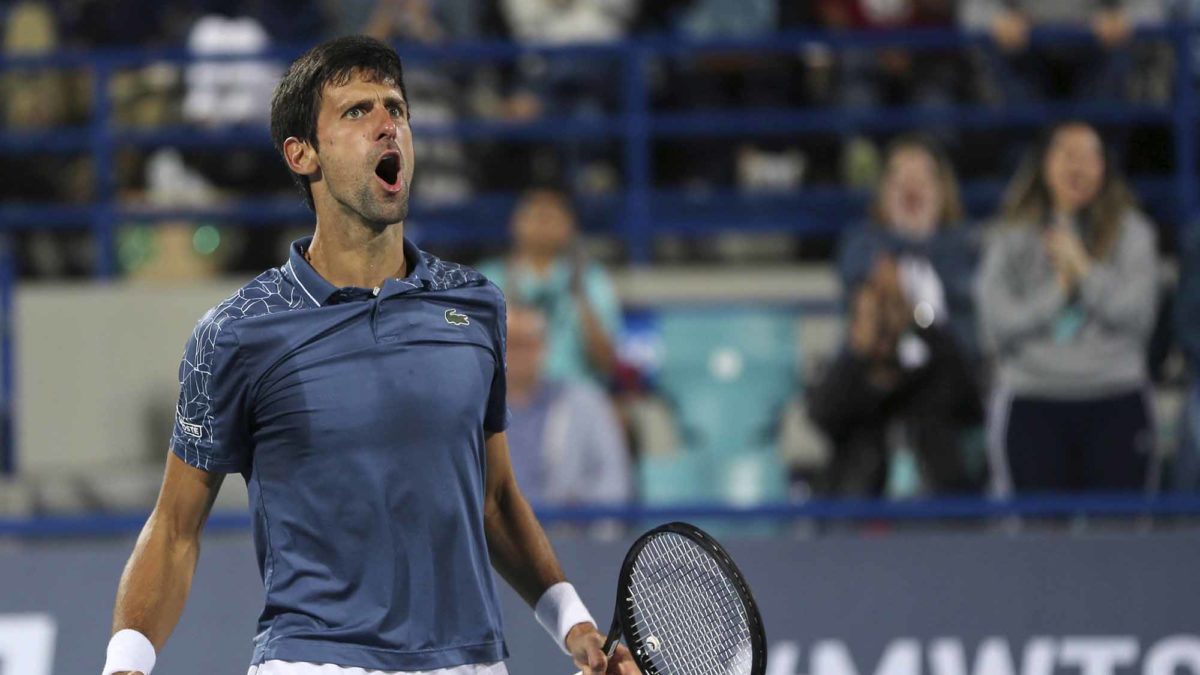 Australians can be quick to boo sportspeople of a different stripe, but usually in a pantomime villain style where it falls well short of intense hatred.

Novak Djokovic is set to experience rarefied air – where the hatred and abuse is visceral and passionate and devoid of any hint of fun or banter.

Stuart Broad and Virat Kohli, are recent examples of athletes who Australians love to hate, and Sydney Olympic crowds enjoyed giving the Gary Hall Junior-led relay team a razz – but the outpouring of disgust over Djokovic’s inclusion in the Australian Open is on a level we haven’t seen in 90 years.

There are few comparative examples. Imagine, though, if social media was around when Douglas Jardine instructed Harold Larwood to target the bodies and crack the skulls of the Australian batsmen during the 1932 Bodyline series.

Then there was the 1971 Springboks tour – where more than 700 Australians were arrested as they protested South Africa’s Apartheid policies and Queensland declared a state of emergency.

In 2005, Australian football fans booed Uruguay’s national anthem – a reaction to the South American fans having down the same to Australia’s anthem before the first of the two games, and the arrogance of star player Alvaro Recoba who had declared Uruguay’s divine right to be at the World Cup finals.

Djokovic, career earnings north of $200 million and balls the size of watermelons, revealed on Tuesday night that he had received an exemption from vaccination to travel Down Under for the Australian Open this month.

Australians have predictably reacted with fury and confusion, tweeting and seething from five hour COVID testing queues, ringing talkback and fuming about the government’s decision and, to summarise, ‘the bloody arrogance of the bloke’.

And it’s not just Australians. Even that Pommy panto villain Piers Morgan – hilariously struck down by Brett Lee in the MCG nets in 2013 – is aghast on our behalf.

“Outrageous kick in the teeth to all Australians who’ve endured such draconian restrictions for so long,” he tweeted. “Rewarding an anti-vaxx loon like this sends a terrible message.”

Outrageous kick in the teeth to all Australians who’ve endured such draconian restrictions for so long. Rewarding an anti-vaxx loon like this sends a terrible message. https://t.co/1k0SuwktVc

Djokovic has consistently declined to reveal his vaccination status and the Australian Open and the Victorian government confirmed the exemption, saying a review had been carried out to confirm he had “a genuine medical condition that meets the criteria for an exemption”.

Djokovic has long divided opinion – Nick Kyrgios finds him cringeworthy and “can’t stand him” – and Jamie Murray, the British doubles player, said overnight “I think if it was me that wasn’t vaccinated I wouldn’t be getting an exemption.”

He then added: “But well done to him for getting clear to come to Australia and compete.”

From Aspen skiers to the PM ducking home from Canberra on Fathers Day, to the relative media treatment of state Premiers depending on their political persuasion, to the red carpet rolled out for Katie Hopkins, we all understand that COVID restrictions in Australia works on a class system.

Oh and then this too…

Indian Jr. Aman Dahiya had to withdraw from Junior Australian Open cause he was denied exemption. He was not vaccinated cause India hadn’t started vaccination for kids below 18yrs https://t.co/ejdhNdikNg

So how much outrage will Melbourne fans muster as Djokovic attempts to break a tie with Roger Federer and Rafael Nadal and claim a record 21st Grand Slam title?

Rod Laver Arena has hardly been a cauldron, but these are different times.

Richard Ings, a former tennis umpire and head of Australia’s anti-doping authority ASADA, summed it up.

“Clearly all this talk about vaccination status being personal and private only held water up to the point of tossing it back in the face of vaccinated Australians,” he wrote on twitter.

I don’t have an issue with a player receiving a medical exemption.

In media new and old the outrage is building, and in many cases it’s journalists who are voicing their anger rather than merely reflecting that of the public.

Even Craig wouldn’t believe this. He now has a tournament fans were scared to come to in the first place and won’t want to attend now. Imagine if he breaks the record for most men’s slams here. What a clusterf*** https://t.co/sHjzxvIc4l

Novak Djokovic is about to find out what it’s like to be despised by all of Australia. We’re all nice and laid back until we’re not. #GetVaccinated

Australians have been denied for two years, but this bloke – who’s taken extraordinary liberties in the face of the coronavirus – gets his exemption. Novak Djokovic is an all-time great, but he ain’t essential.

How many people have been denied the chance to visit a dying relative because of Covid rules? But we’re giving Djokovic an exemption. To play tennis. Because he doesn’t feel like getting vaccinated. I honestly can’t believe this @AustralianOpen

Novak Djokovic is the greatest tennis player ever. Forget Laver, Agassi ,Federer,Sampras,Nadal,McEnroe,Connors and Borg for Novak has won 20 Grand Slams and 87 titles and a billion dollars without us knowing he had a debilitating medical problem.We have been taken for fools. Kb

Djokovic will arrive in Melbourne later Wednesday to defend his title after being one of only a handful of exemptions.

Tournament organiser Craig Tiley, clearly aware of the unfolding PR disaster for his baby, suggested it would be “helpful” if Djokovic explains the reason why he qualifies for an exemption.

Tiley says he’s unaware of Djokovic’s medical condition, but it is reported that a positive COVID test in the past six months is one possibility.

“It’s ultimately up to him to discuss with the public his condition if he chooses to do that, and the reason why he received an exemption,” said Tiley.

“It will certainly be helpful if Novak was to explain the conditions in which he sought and was granted an exemption.

“We would love … Novak to talk about it and help us with it but ultimately it’s going to be up to him.”

In 1932-33 Douglas Jardine was despised across our land. He felt the sledging from the stands was “offensive and thoughtless” and appealed to Australian Board of Control and to the media to take action.

Jardine proposed that “in the event of any barracking or noisy demonstrations play will automatically cease for the space of half an hour”.

Legend has it that famous SCG fan Yabba, immortalised with a statue at the ground, taunted Jardine with the sledge “leave our flies alone, they’re the only friends you’ve got!”

But Jardine, like Djokovic, was playing within the rules of the time and bugger those who had a problem with it.

He won the series 4-1 and took home the Ashes.

Take a good look at Djokovic’s eyes, and that grin, in his Instagram announcement. Muster all the fury you want, but expect nothing to derail his relentless march towards Grand Slam history.