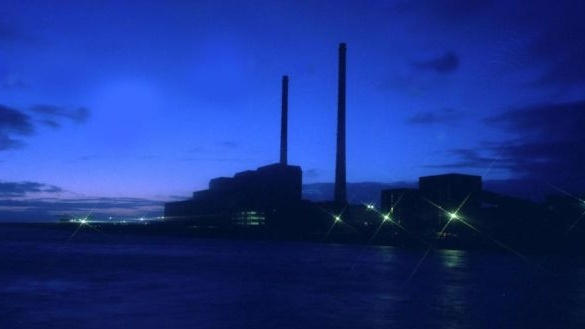 An Nphet-like team to help steer Ireland through the upcoming energy crisis is needed over the winter to ensure the country “powers down” at peak demand times and reduces risk of blackouts, according to a leading renewable energy developer.

During Covid-19, the National Public Health Emergency Team, made up of medical experts, advised the Government on what measures should be introduced.

The expert energy group is needed to respond to the threat of power outages during the months of December, January and February, Eddie O’Connor, chairman of SuperNode, told The Irish Times. It should include grid operator EirGrid, the ESB, Met Éireann and energy experts in the private sector.

Mr O’Connor said it will need to be active on a daily basis to advise heavy industry, businesses and householders on real-time risks arising during morning and evening peaks, especially when the weather forecast indicates lack of wind or cold conditions with a blocking high-pressure weather system.

This – combined with “demand side management” actions, including sending clear price signals when power is more expensive to counter high demand – “is the only approach available to the Government at present to ensure the lights stay on”.

To be effective, it will need to be backed by a dynamic communications strategy, he suggested, so the public are kept up to date, especially through broadcasting channels, he said.

“There’s always tensions in managing anything and the political set-up seems to concentrate on dealing out blame,” Mr O’Connor said.

But Nphet worked “despite being run by doctors and the Government did not always agree” – as confirmed by Bloomberg’s finding Ireland was the best country in the world to respond to the Covid-19 crisis.

“So when the Irish set their minds to do anything, we can do it,” he said. “We have an open democratic system but it works in a time of crisis, and we are in an energy crisis now.”

The entrepreneur, who has set up a number of successful global-scale renewable energy companies, said there were several options to address the current scenario. First, was having a large enough grid where power can be distributed between countries when shortages arise.

His latest venture, SuperNode, which aims to develop technology to make it more efficient to connect offshore wind platforms to customers, is proposing the building of a European supergrid but that was a long-term project, he said. Second was electricity storage and use of battery technology to deal with variability of wind but this was a work in progress.

As a consequence, demand-side management including price signals was the only option. In coming years, the combination of smart meters and smart appliances would mean consumers would be able to adjust supply, by controlling appliances such as fridges and air conditioning using a smartphone, Mr O’Connor said – currently, 500,000 Irish homes have a smart meter.

“So it’s down to communications with the electricity consumer,” he said. “On a dirty day in November or December, when it’s dark by half four, you will know that day in the morning whether there will be wind in the afternoon or not, particularly around 5pm.”

This will require a red or yellow alert depending on risk. People can respond in various ways by switching off their freezer for a short duration without loss of functionality or adjusting their electrical heating system by turning down thermostats by one degrees, he suggested.

It will require engaging with Irish consumers on a very frequent basis to allow them to adjust their demand. It has to be “an intense, respectful dialogue”, Mr O’Connor said, adding he had no doubt people, especially small businesses, would be immensely responsive.

This would require “flexing the price”, however, as was successfully deployed in other countries. So at the very peak, electricity might cost 10 times more than usual. “Everything adds up to quenching demand,” he said.

Mr O’Connor said he was not looking for a job but others with industry experience and a public spirit approach were needed, with a good communicator in the way scientist Prof Luke O’Neill informed the Irish public during the pandemic.

At present, Irish power generation was largely dependent on gas, he said – while a shortage of supplies in Europe have led to skyrocketing prices.