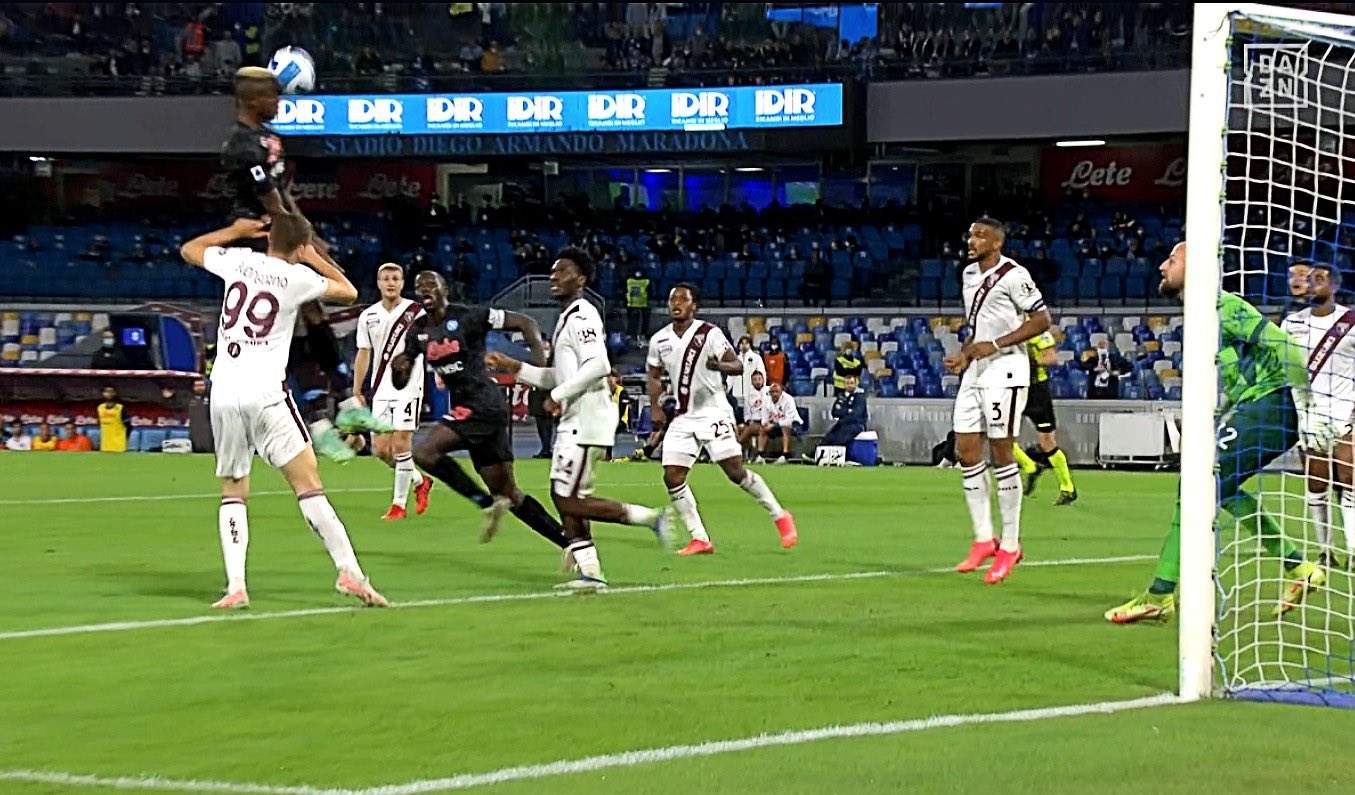 Victor Osimhen was on target again for Napoli who dugged deep and earned a late victory against Torino in Sunday’s Serie A game.

Osimhen returned back from international break where he also scored for the Super Eagles and helped Napoli to extend their unbeaten run in the league to eight games.

The Napoli forward towered high to score the lone goal of the game in a pulsating game which was almost heading to stalemate.

🇺🇸 unbelievable atmosphere,thank you for your support,we keep going like this @sscnapoli 💙🤍💪🏽

The Partenopei had the chance to take the lead from the spot midway through the first half, as Giovanni Di Lorenzo was caught by the sliding Ben Kone.

However, Lorenzo Insigne’s tame effort was easily stopped by Vanja Milinkovic-Savic, as he missed a second penalty in as many matches.

On the other hands, Torino’s best opportunity came on the stroke of half-time after a rapid counter saw Josip Brekalo burst into space but a poor pass hindered teammate Antonio Sanabria, whilst the midfielder’s heavy touch moments later squandered a second quick break.

Napoli looked to have eventually broke the deadlock in the second half when Di Lorenzo met a freekick to head in, but a lengthy VAR check ruled the goal out for offside. Minutes later, Hirving Lozano struck the post, whilst at the other end Brekalo missed two fine chances.

With time running out, Napoli finally found the winner when Elif Elmas’ shot was blocked and a deflected cross looped into the box, allowing Victor Osimhen to rise highest and guide a header home.

Osimhen’s goal now saw the Partonepei equaled their 2017/2018 Serie A campaign where they won 8 of their league opening games.