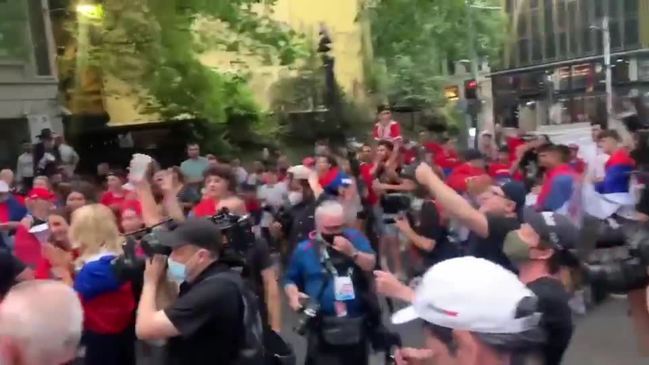 Police in Melbourne used an irritant spray against supporters of tennis player Novak Djokovic on January 10, after he left detention following a federal court’s quashing of a decision to cancel his visa. Australian Immigration Minister Alex Hawke was considering the situation, the ABC said. “Following today’s Federal Circuit and Family Court determination on a procedural ground, it remains within Immigration Minister Hawke’s discretion to consider cancelling Mr Djokovic’s visa,” a spokesman was quoted by the ABC as saying. This footage, posted by local journalist Adam Hegarty, shows the scene as police attempted to keep back a crowd surrounding a car that was leaving the offices of the player’s lawyers. It was unconfirmed if Djokovic was in the car. Credit: Adam Hegarty via Storyful