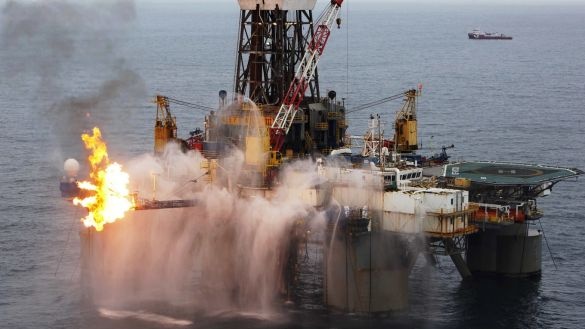 Providence Resources’ chief executive, Alan Linn, has quit unexpectedly after less than two years, as the oil and gas explorer is carrying out a strategic review into how to develop its key Barryroe project off the Cork coastline.

The company said in a statement that chairman James Menton will assume the role of executive chairman, as Mr Linn’s exit took effect from Monday. A search for a permanent successor will commence immediately, it said.

“I have decided to step down from the board to devote more time to my other business interests,” said Mr Linn. “Following the recent strategic decision by the board to take the management and financing of the Barryroe project in-house, this is the opportune time to hand over to new leadership.”

Mr Linn said that Providence is now “well placed to progress the Barryroe project” and he thanked colleagues “for their support through a challenging period in the development of the company”.

The chemical engineer, with over 35 years’ experience in the oil and gas industry, took over Providence in January 2021, after a tumultuous period for the company, after a second partnership deal to finance the development of Barryroe collapsed.

A third so-called farm-out agreement Norway’s SpotOn, which was supposed to ultimately receive a 50 per cent stake in the project subject to completing a $166 million (€138 million) fundraising to develop the field, fell through in April, leading Providence to decide to go it alone in developing the project some 50km off the Cork coastline.

Providence is currently carrying out a strategic review on Barryroe, including

independently evaluated assessments of the field’s development scenarios and their potential. It said as recently as September 29th that the review, encompassing both Providence’s technical Strategy and its related financial strategy, would be completed by the end of the year in order determine the strategic plan for the development of the field.