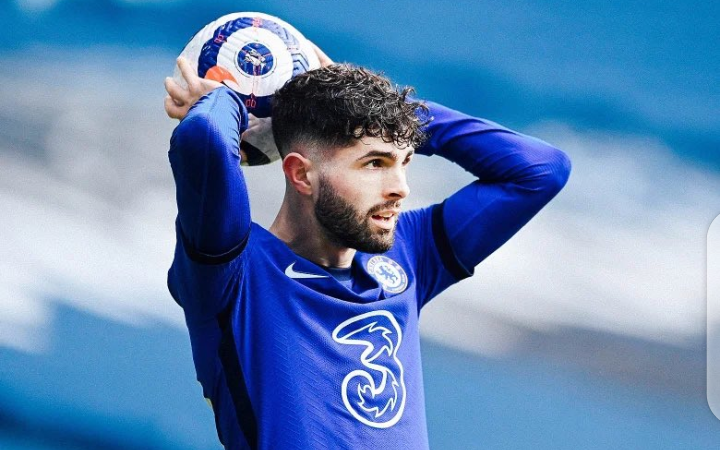 Christian Pulisic has been ruled out of Chelsea UEFA Champions League game against Malmo on Wednesday at Stamford Bridge.

The American remains sidelined with the ankle injury he suffered while on international duty back in September and Thomas Tuchel has revealed that the forward has suffered a slight setback in recent weeks.

The Blues host Malmo at Stamford Bridge today night looking to return to winning ways in the Champions League, following defeat to Juventus in Turin last time out in Europe.

Tuchel spoke to the media at Cobham via Zoom earlier on Tuesday and offered a further insight into the process that Pulisic is going through with regards to his recovery from injury.

‘It’s only Christian Pulisic who is missing for tomorrow,’ Tuchel confirmed at his media briefing.

‘He was getting close [to a return] but then had a little reaction with some pain in his ankle. Christian is impatient because he wants to play, he wants to be on the pitch helping us and we can see how much he is suffering in team meetings when he can’t be involved. This is normal.

“It’s difficult for him. He got injured during a match for the USA, he suffered a tough foul and hurt his ankle.

“I cannot give you all the information because, simply, I’m not a doctor but he has had some small setbacks from the pain in the ankle.

“These are not setbacks from a major injury or any further complications, it is just from pain in the ankle that disturbs him.

“Players with quick movements like Christian have to be very careful.

“The recovery is not happening too easily and when he has some pain or some setback, he’s had to start all over again.

“He is very, very close to returning. He had a little reaction with some pain and he just needs to take his time and be patient.”