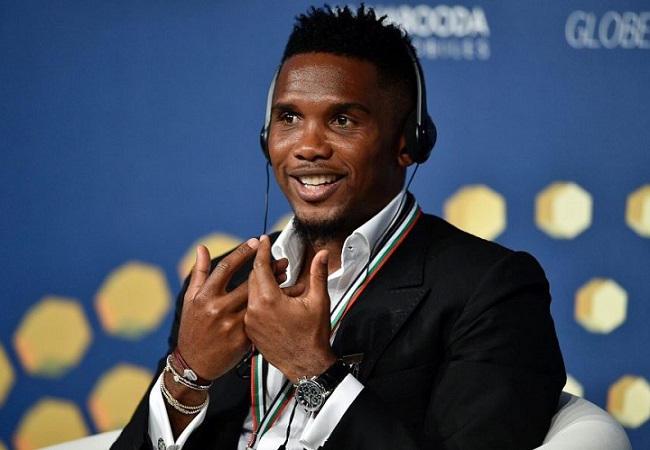 Legendary Cameroonian striker Samuel Eto’o says FC Barcelona’s bad start to the current season has made him suffer. The Blaugrana have endured a poor start to their campaigns in the Spanish La Liga and UEFA Champions League this season.

They have suffered embarrassing defeats to Bayern Munich (3-0) and Benfica (3-0) in their first two games in the Champions League.

Barcelona have also accumulated just 12 points from seven games in La Liga. And they are five points behind league log leaders Real Madrid.

“Recently, Barcelona have made me suffer.” Declared Eto’o as per Marca.

“These are tough times for those of us who love the club. It would be hard to accept group stage elimination in the Champions League. I still hope they can go through.” He continued.

Barca are set to face Valencia on October 17. They will then take on their biggest rivals Real Madrid in the El Clasico on October 24.

“Barcelona have started the season badly. But the Clasico is a unique match. And the players must make the most of it to change the dynamic of the season.” Eto’o added.

“Beating Real Madrid could be worth six points. Those of us who have played that fixture know it’s the most beautiful game in the world.

“I have played in Champions League finals. But I can say that the Clasico is unique. There’s nothing else like it.”

Also Read : SAMUEL ETO’O : ‘I WANT TO BE THE FIRST AFRICAN TO DO IT”

Eto’o won La Liga three times with Barcelona. And he also was a key member of the Barca attack, alongside Ronaldinho, that won the 2006 UEFA Champions League final.