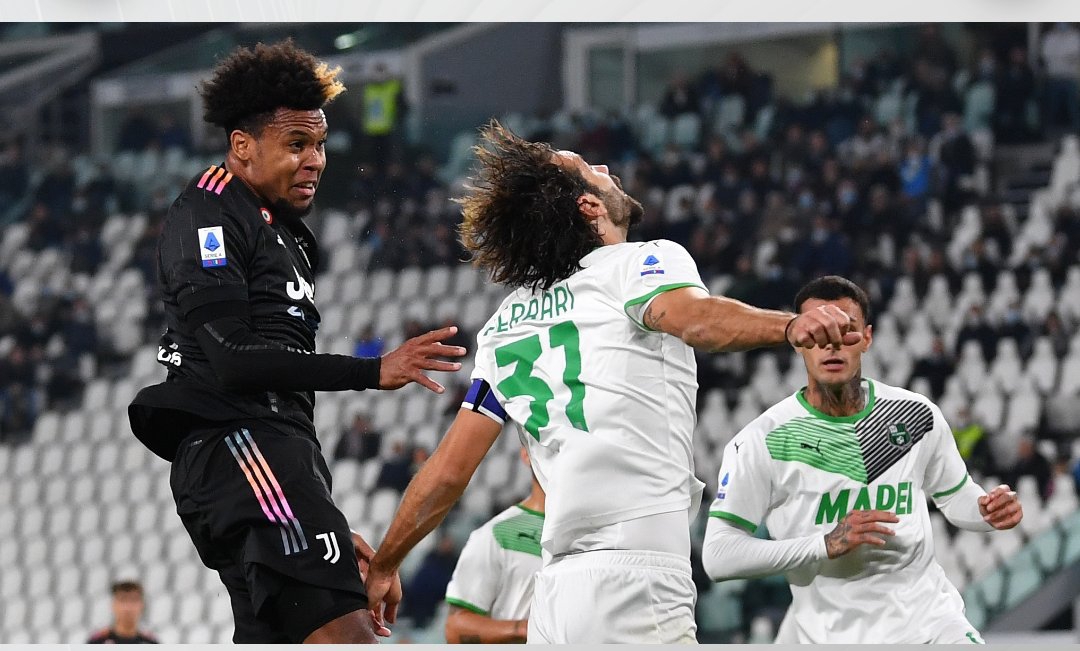 Juventus suffered another set back following a 2-1 loss to Sassuolo in their Serie A mid week game at the Allianz Stadium on Wednesday.

The Bianconneri after playing 1-1 draw against champions, Inter Milan last weekend were hoping to return to winning ways in their own fortress.

Juventus saw themselves trailing through Davide Frattesi who scored in a run of play to just before half time.

However, Weston McKenzie levelled for the host in the second half second-half header.

But Maxime Lopez scored with the last kick of the game to secure a historic win for the Neroverdi.

The loss further put Massimiliano Allegri job in Jeopardy as Juventus are currently 7th on the league table, 13 points behind AC Milan who are top of the summit.

Frattesi’s goal came against the run of play to open the scoring and Lopez’ late winner came as a bitter blow to the hosts, leaving plenty of question marks hanging over Massimiliano Allegri’s Bianconeri.