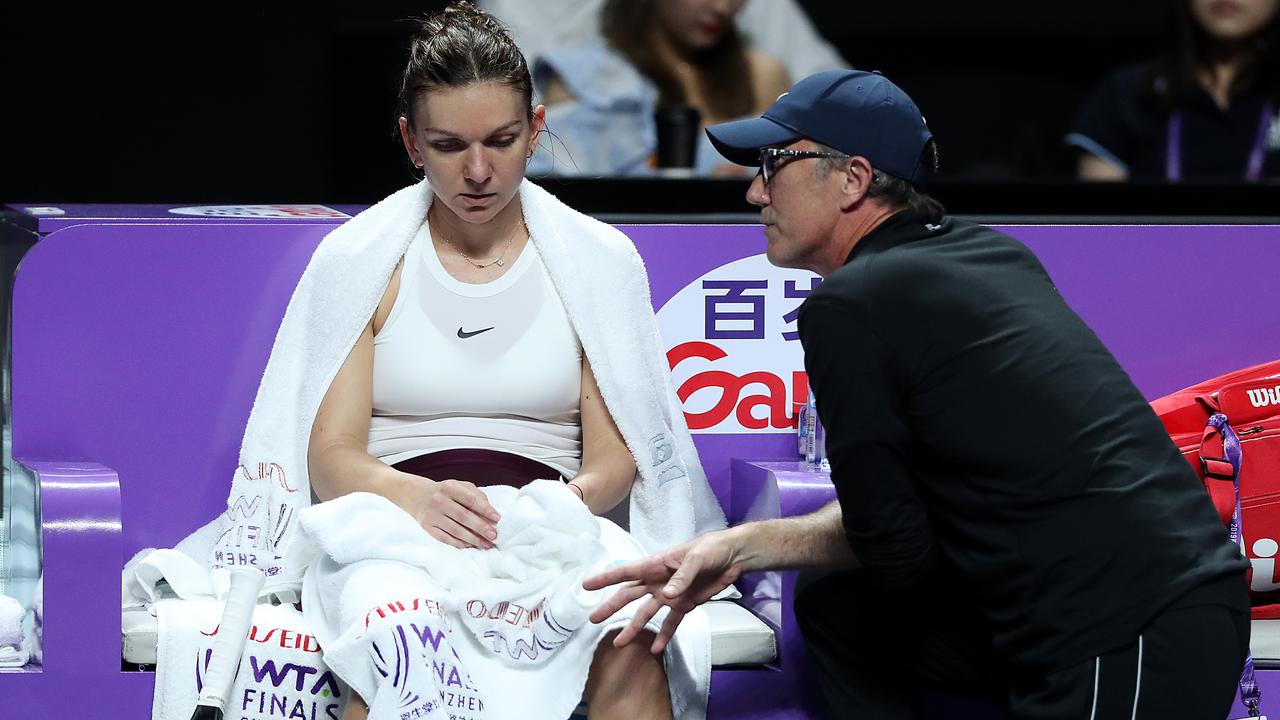 Former world No.1 Simona Halep remains grateful for what she achieved with an Australian coach she split with in September.

Halep reached the No.1 ranking and won the 2018 French Open and 2019 Wimbledon titles during her six years with Cahill, who also coached Lleyton Hewitt and Andre Agassi.

As opposed to the temporary break Halep and Cahill had in 2019, she will no longer turn to him for advice, having rehired her old coach Adrian Marcu to work with Daniel Dobre.

“It’s been a great relationship and he’s still my friend and we are friends,” Halep said of Cahill on Monday.

“He was kind of my family, so I cannot just call him a coach. He taught me many things outside the court; how to live easier, how to live more relaxed, like all the Australians do.

“I won the grand slam that I really wanted and I jumped to the next level with his help, so always I will be very thankful to him. And I heard he’s around, so I can’t wait to see him.

“The decision was from both sides and there was probably too much time together as the coach and the player, and sometimes you have to break that – but we are in a good connection still.”

Halep is starting the new season at this week’s Melbourne Summer Set One, where she is the second seed behind dual Australian Open winner Naomi Osaka.

She last played in mid-November at the Linz Open in Austria, where she was forced to withdraw before her semi-final because of a knee injury.

That followed Halep skipping the French Open, Wimbledon and the Tokyo Olympics with a calf setback that cost her about three months in total.

Fit again, the 30-year-old – a quarter-finalist at last year’s Australian Open – believes she can still be a force in the women’s game.

Halep also echoed world No.3 Garbine Muguruza’s comments that the WTA Tour was as competitive and open as ever since Serena Williams had started to fade.

“Everyone can see that. I feel like anyone from top 10, also over top 10, can win a grand slam or a tournament. So, there is no big difference between these players in the top.

“I feel that I have my chance, of course – that‘s why I’m still playing. But I don’t think about that anymore as much as I did in the past.

“Now everything is coming as a bonus, and I’m trying to enjoy more the tennis and not the results.”