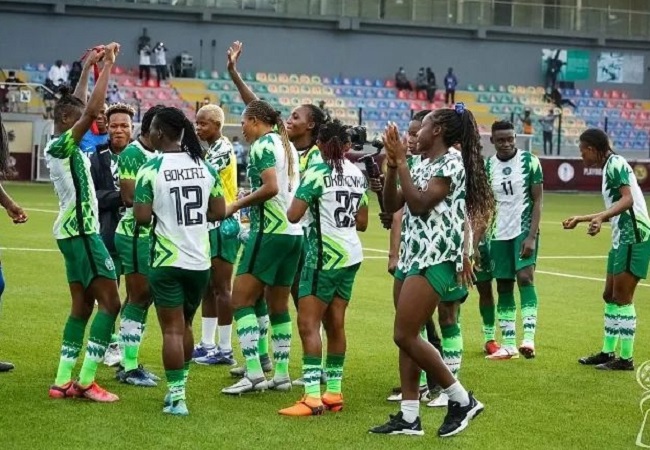 Defending champions, Super Falcons will, move to camp in Lagos on Sunday, October 17. This is to begin their final preparations for the first leg of their Morocco 2022 African Women Nations Cup qualifying fixture against the Black Queens of Ghana.

The return leg is scheduled for October 24 in Accra. The winner over two legs will join hosts Morocco and 10 other countries for the 12th Women Africa Cup of Nations.

Nigerian and Ghana are among the powerhouses in African women football. With the Super Falcons boasting nine Nations Cup titles, while Ghana were three times runners up in 1998, 2002 and 2006. However, one of them will miss the 2022 edition of the competition following the draw, which pitted them to play each other for one slot.

According to the Nigeria Football Federation (NFF), Coach Randy Waldrum has invited 23 players to camp ahead of the first leg of the tie billed to hold at the Mobolaji Johnson Arena on October 20.

The other midfielders in the squad are Goodness Onyebuchi and Joy Bokiri, while Uchenna Kanu and Vivian Ikechukwu make up the strike force.