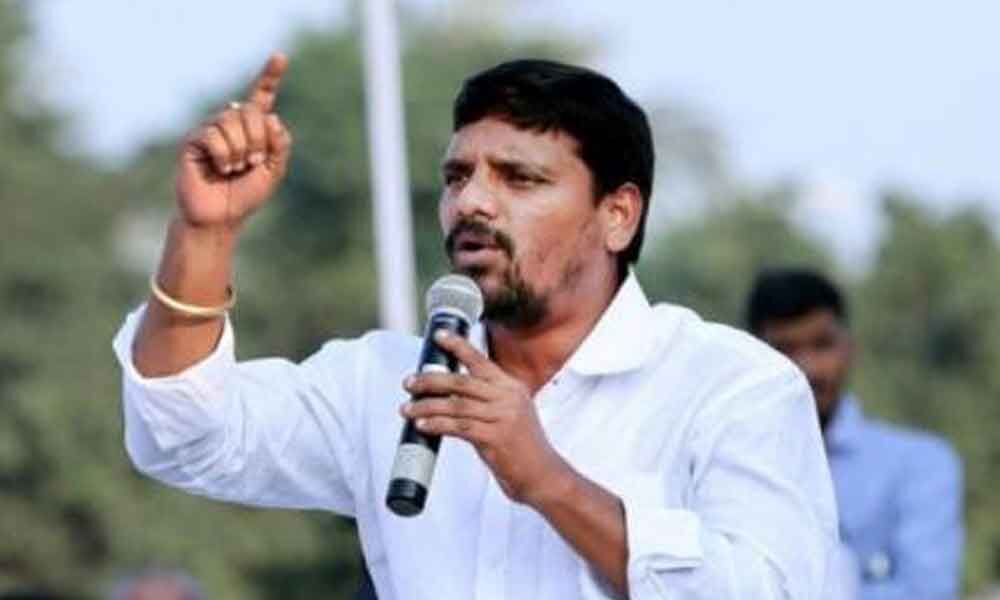 Hyderabad: Justice Shameem Akhtar of State High Court on Monday adjourned the criminal petition filed by Chintapandu Naveen Kumar alias Teenmaar Mallanna seeking bail in the case registered against him under SC, ST by a week directing him to implead the de facto complainant to the criminal petition.

Teenmaar Mallanna sought bail in a case registered against him at Medipally Police Station on a complaint made by Nayanth Ashok.

The case adjourned for a week.