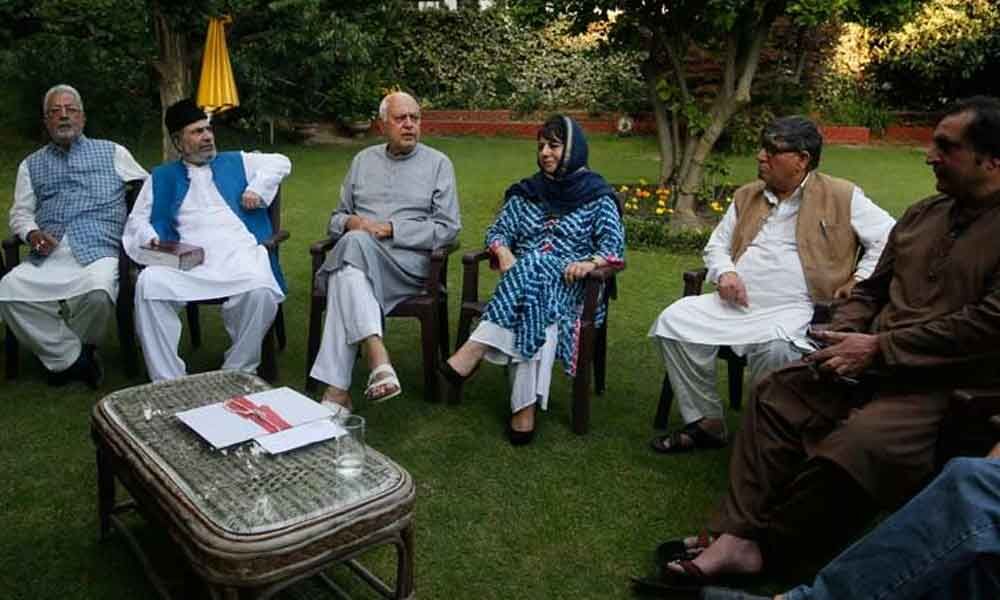 Some strategic experts known for their slant against the security policies of the Modi government have declared that the constitution of the State Investigation Agency in J&K to probe into terror-related cases demonstrated the ‘failure’ of NIA (National Investigation Agency) in dealing with the problem of terrorism in Kashmir even after the governance of the border State had been taken over by the Centre by turning it into a Union Territory in August 2019.

This off-the-cuff ‘verdict’ is as illogical as it is ill-informed and typically illustrates how tinted writings run down the government on every policy issue. They seek to provide an ‘intellectual’ route to politics by proxy. The critics would not say that the government did not make a serious effort to handle a national security issue but would raise the question as to why the threat was not eradicated totally at one go. Kashmir apart, this is what seemed to be the content of the critique on the handling of the Corona pandemic or the policy of working for economic recovery bottom up through the calls of ‘vocal for local’ and ‘Make in India.’

Any advance of the secular policy of ‘development for all’ or a tough approach on national security matters became problematic for the opposition if it did not fit in with its minority politics, the handle often used by it against the Modi government. The Kashmir scenario can be examined in its broad spectrum in this context.

Kashmiris like common citizens anywhere desire to have development and security and lead a life of peace and prosperity without getting entangled in politics too much. In historical terms, the problem in J&K has been one of mis-governance over decades after Independence, by the valley -based political parties whose leaders ran a corrupt regime that marred development and patronised separatist forces for deriving political advantage. For this, they injected Pakistan in the equation between the people of the State as a whole and the Centre.

The governments preceding the advent of Prime Minister Modi on the scene, followed a policy that implicitly supported the ‘Muslim’ character of the composite State which, somewhere, encouraged Pakistan to play the communal card in Kashmir. The valley parties remained passive even when the Pak-instigated plan of the Islamic militants to drive Pandits out of the valley in the beginning of the Nineties, was being executed. What is amazing is their blatant opposition to the well-considered policy of the Centre that ‘talks and terror don’t go together,’ they have all along refused to take cognisance of the Pak-sponsored cross-border terrorism in their desperation to preserve their shrinking base.

Regardless of the lobby sought to be built by Pakistan internationally against the decision of the Indian Parliament to scrap the Article 370 of the Constitution that conferred special status to J&K and the narrative framed by the opponents of the Modi government that the Kashmiris had felt diminished, the fact is that the common people of the border state have – because of the temporary step of J&K having been converted into a Union Territory – the advantage of both Central and State governments serving them from Srinagar to provide a corruption-free rule, an equitable regime and a well-monitored development process. Results are showing and common citizens primarily concerned with livelihood issues are seeing better opportunities.

The concerted propaganda of the political leaders with vested interests and the separatists about the population becoming ‘totally alienated’ against the Centre, is sounding empty. Of course, in the sphere of development there are no limits and in a situation of backlog of unfulfilled promises, there is always some scope for speeding up things. But the fact that there is visible economic progress under the rule of the Centre, cannot be denied.

Countering the threat of terrorism and the establishment of SIA under the state Intelligence chief is a further acknowledgement of the fast-developing capabilities of the state machinery for probing into various dimensions of terror activity including funding, underground network and sources of radicalisation. SIA enhances the Centre’s outreach in a state where the enemy had made ground-level penetration necessitating greater involvement of the local police and Intelligence in the task of unearthing it.

In India, parties in the opposition are not yet putting national security issues above politics so much so that even the constitutional mandate for all citizens to respect the national flag and anthem is being put into question. As India is governed by an elected political executive that came up on the basis of ‘one man one vote’ and carried no denominational stamp, scare of ‘majoritarianism,’ it seems, is being raised apparently to justify minority politics. The end of this divisiveness regrettably is not in sight. In the context of J&K, this is allowing Pakistan to tinker with our domestic scene by projecting Kashmir as a Muslim issue and questioning the electoral steps of the Centre in the state as also the measures aimed at giving equitable treatment to all citizens there.

The Sino-Pak axis is a source of aggravated threat in Kashmir because it is founded on CPEC (China Pakistan Economic Corridor) that was built on the territory of POK ceded by Pakistan to China against India’s objections. The return of pro-Pak Emirate at Kabul provides a further cause of concern for India because of the likelihood of Pak ISI inducting Taliban militants into the proxy war against India. Both Kashmir and Punjab need special attention of the Modi government from the point of view of national security.

(The writer is a former Director Intelligence Bureau)