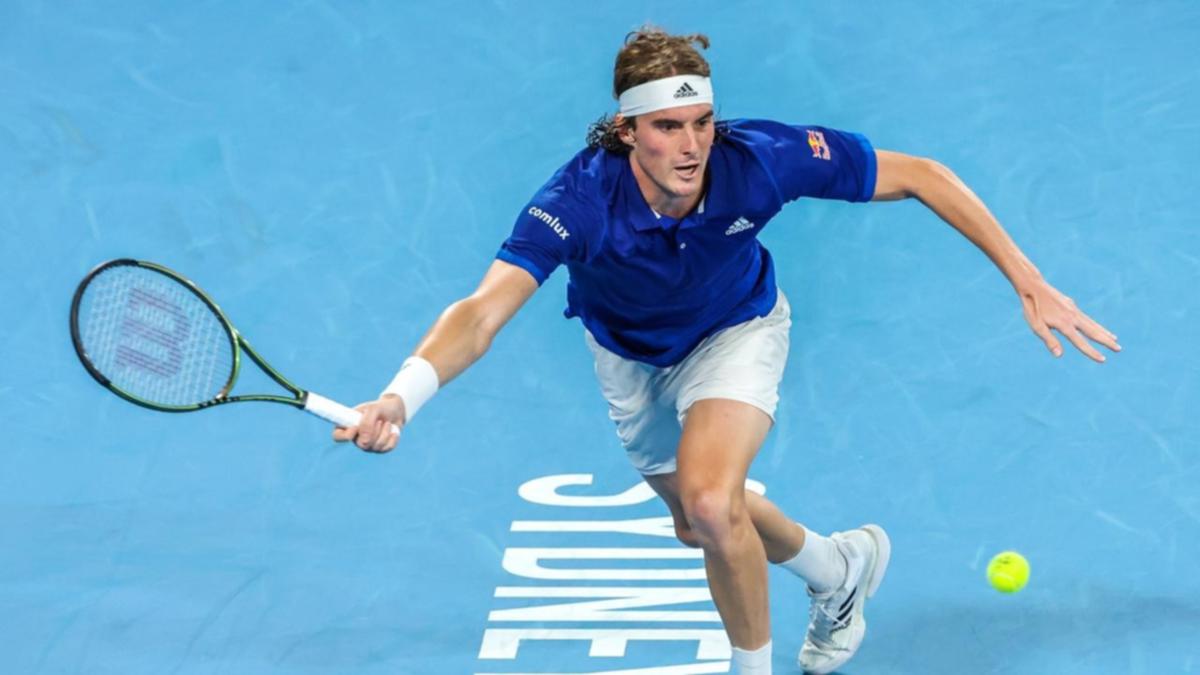 A wounded Stefanos Tsitsipas has cast doubts over his Australian Open participation after a painful loss for the world No.4 sent Greece packing from the ATP Cup in Sydney.

Greece’s defeat followed a 2-1 loss to Poland on Saturday when Tsitsipas withdrew from the singles before contesting the decisive doubles after undergoing elbow surgery in November.

“I don’t know what my future plans are for this tournament. I’m not really sure,” said when asked about his Australian Open hopes.

“I’d love to play, but I really don’t know how I’m going to feel tomorrow.

“That was one of the biggest concerns – if I’m going to play this match today – how is the recovery going to be tomorrow, which was the issue with the doubles.

“If I finished the doubles, next day I couldn’t serve. I was unable. I was in a lot of pain.

“So I’m really hoping to be able to walk on court tomorrow and practice some serves without pain. That’s my biggest goal right now, to have 100 per cent recovery on my elbow.

“I have done lots of things in the last couple of weeks to try and protect it as much as I can and get it to 100 per cent again.

“So focus on my health and well-being more than any other thing right now.”