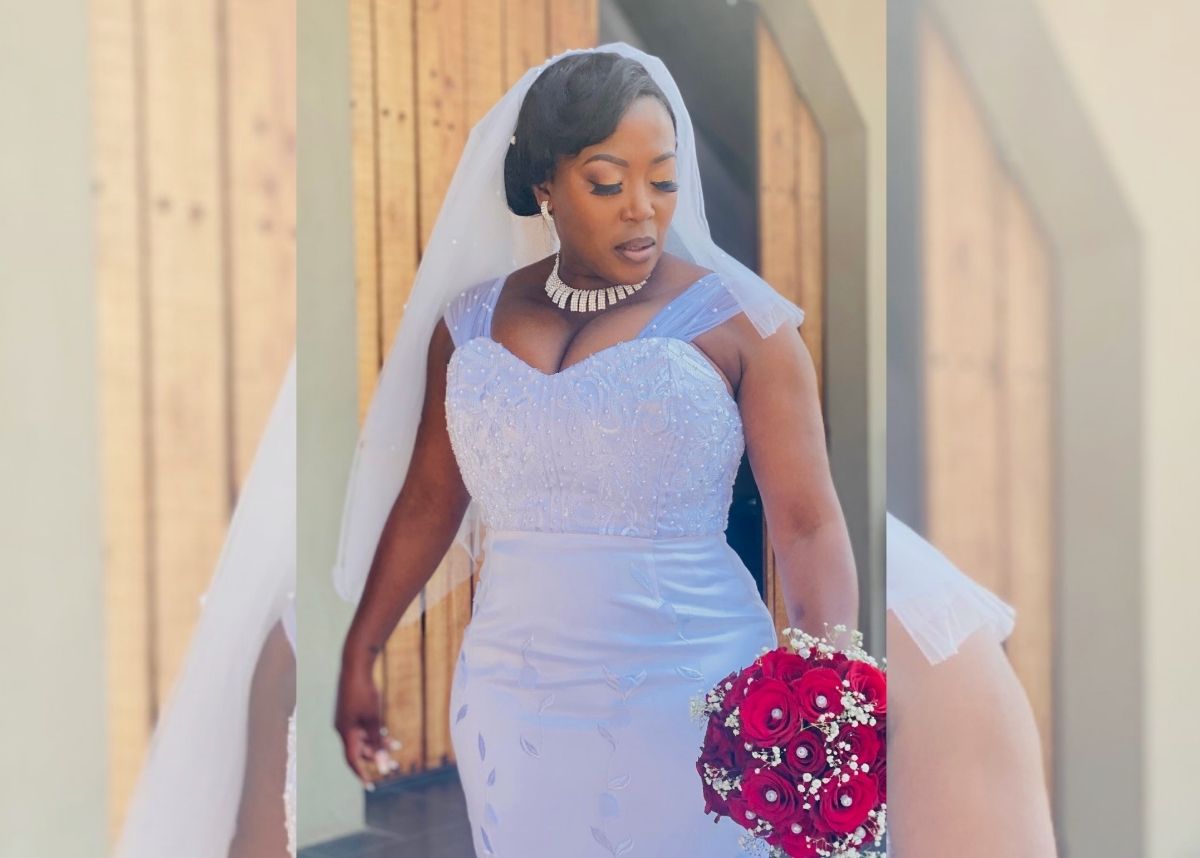 Tweeps are not convinced that Giyani: Land of Blood actress Rami Chuene is married in real life.

The actress surprised everyone when she hinted that she is married by posting a picture of herself dressed in a wedding gown on her social media channels with the caption:

“I also attended a wedding this past weekend.”

‘SHE SCAMMED THE NATION’

Chuene sent social media into more frenzy when she didn’t reveal who she was married to and made everyone assume she is married.

Tweeps now believe that the controversial actress was dressed for her character on Giyani: Land of Blood season two which is set to premiere on 1 November.

Entertainment commentator Phil Mphela, and co-creator of the show Phathu Makwarela, confirmed the actress has joined the show.

She has replaced actress-musician, Yvonne Chaka Chaka’s who played the role of Gladys Mudau in season one.

Viewers of the Xitsonga telenovela are convinced that Chuene’s character, got married to her on-screen husband Richard Mudau.

Also read: ‘Who’s the groom?’: Rami Chuene says ‘I do’ in secret ceremony

Tweeps are also convinced that her industry friends Dineo Langa, Somizi, and Loyiso MacDonald, and the producer of the show Percy Vilakazi, are also part of the teaser.

They are wondering why none of her friends have posted any pictures of her wedding day on their social media channels that allegedly took place on 25 September.

Tweeps believe that Chuene’s wedding announcement is a teaser for her upcoming wedding on the Xitsonga telenovela.

SEE ALL THEIR REACTIONS HERE: