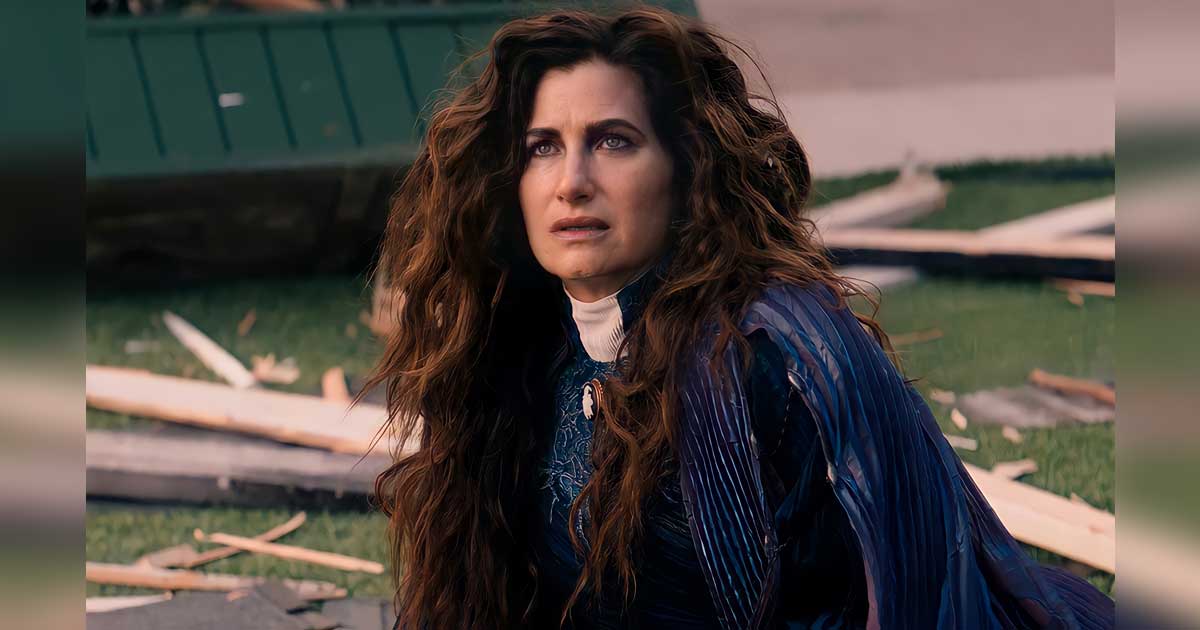 A spinoff of ‘WandaVision’ starring Kathryn Hahn is in the works at Disney Plus from Marvel Studios.

Hahn would reprise the role of Agatha Harkness in the series, which is described by sources as a dark comedy, though exact plot details remain under wraps, reports variety.com.

‘WandaVision’ head writer Jac Schaeffer would serve as the writer and executive producer on the project. Should the spinoff go forward, it would be the first project Schaeffer has set up with Marvel since she signed an overall deal with them and 20th Television in May.

As with all projects in development, Marvel Studios has shared no details.

In ‘WandaVision’, Hahn started out playing the role of Agnes, Wanda and Vision’s nosy neighbour, before it was revealed she was in fact Agatha, a powerful witch.

In the Marvel comics and the series, Agatha is shown to have survived the Salem Witch Trials and is more than a match for Wanda, a.k.a. Scarlet Witch. When viewers last saw her in the finale of ‘WandaVision’, Wanda traps Agatha in Westview by using her powers to force her revert to her Agnes persona.

‘WandaVision’ aired earlier this year from January-March. The show, the first live-action Marvel series to debut on Disney Plus, was met with widespread acclaim upon its debut.

It received 23 Emmy nominations, including one for Hahn for best-supporting actress in a limited series. One of the show’s wins came in the best original music and lyrics category for the song ‘Agatha All Along’, which was used as part of the reveal that Hahn’s character was not who she appeared to be.

Hahn is also set to star in a limited series in development at Showtime centred on iconic comedian Joan Rivers.

Her other upcoming projects include the Apple series a’The Shrink Next Door’ and the Rian Johnson feature ‘Knives Out 2’.

Along with ‘WandaVision’, she previously earned an Emmy nomination for her time on Amazon’s ‘Transparent’.

Must Read: BTS’ Suga Once Destroyed His Haters’ ‘Lip Syncing’ Rumours During A Concert By Doing This One Cool Move