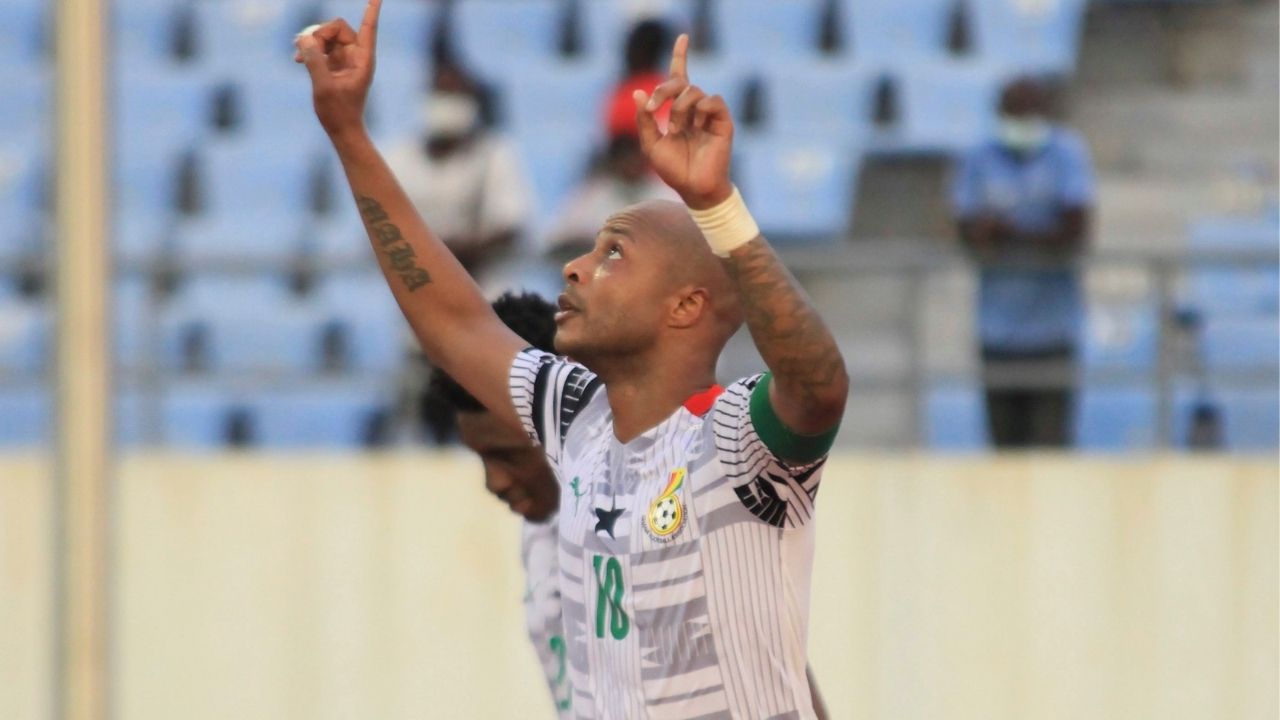 Ghana skipper Andre Ayew says Black Stars should va been given two other penalties in their clash against South Africa on Sunday night apart from his winner from the spot.

After the RD Congo vs Benin match, Ghana vs South Africa encounter is one of the games which stirs a lot of controversy in these World Cup qualifiers matchday 6.

The Black Stars were dominating the game in the early minutes. And despite losing Mohammed Kudus to injury in the 12th minute, Milovan Rajevac’s men did not loose focus.

They’ll be finally granted a penalty as Leicester City centre-back Daniel Amartey was brought down in the penalty area while Ghana were about to kick a corner.

Senegalese referee Maguette Ndiaye  did not think twice before showing the penalty spot after that incident.

However, many believe that the penalty was “too generous” saying Rushine De Reuck did nothing to Amartey.

But Andre Ayew thinks it is a clear penalty and Ghana should even have been given two more.

“It was a clear penalty on [Amartey]”, Ayew told Joy Sports after Ghana’s qualification to the play-oofs round of the World Cup qualifiers.

“In fact, we had chances to get more penalties and should have been given two more”, the Al Sadd player added.