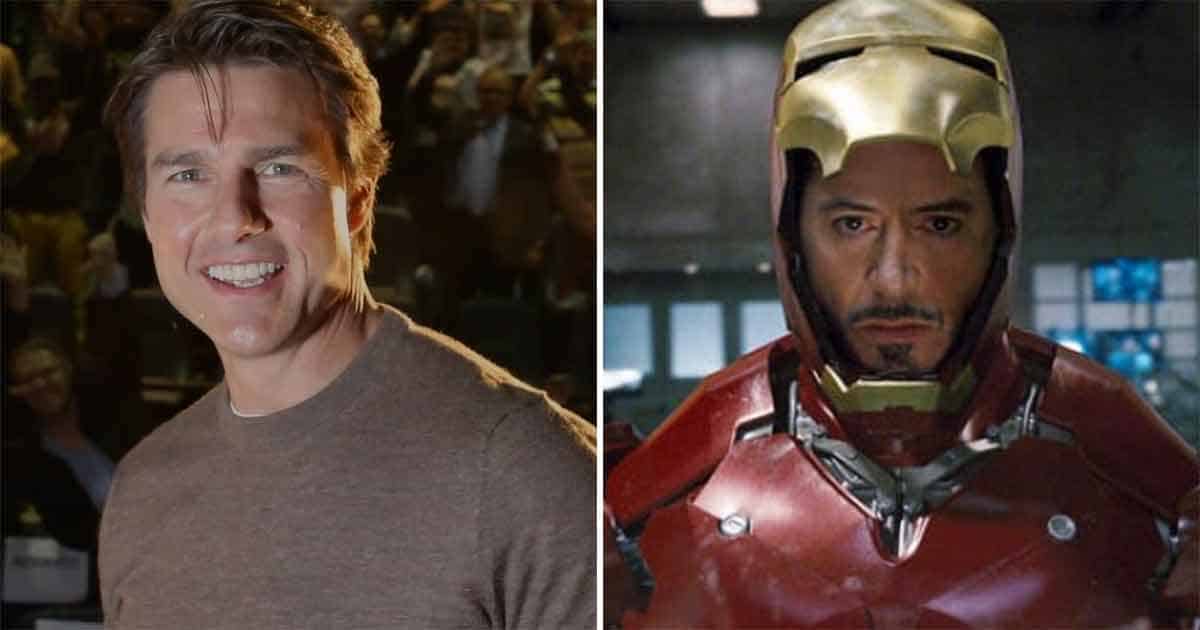 Tom Cruise and Robert Downey Jr are two top of the top actor in Hollywood who have made different characters memorable over the years. Over the years the two have been considered for similar roles and some of which may shock you. Like, did you know Tom was the original choice of the makers for Tony Stark aka Iron Man?

Yes, this is true. Today, no one can imagine anyone other than RDJ playing the genius, superhero from the Marvel Cinematic Universe. However, the makers first approached Tom, along with several more, before Robert was finally on board. In one conversation, Cruise opened up about why he let the offer pass by. Read on.

In a past media interaction, as reported by Indian Express, Tom Cruise had confirmed that there were talks about playing Iron Man in the Marvel Cinematic Universe. While talking about the character ultimately played by Robert Downey Jr, The Mission: Impossible actor said, “It’s not happening. Not with me, no … They came to me at a certain point and, when I do something, I wanna do it right. If I commit to something, it has to be done in a way that I know it’s gonna be something special.” He added, “And as it was lining up, it just didn’t feel to me like it was gonna work. I need to be able to make decisions and make the film as great as it can be, and it just didn’t go down that road that way.”

Tom Cruise concluded talking about this Marvel Cinematic Universe character by saying that Robert Downey Jr was great for the role and he couldn’t imagine anyone else bringing the character to life. And we so agree with you, Tom.

Unfortunately, after Tom, RDJ wasn’t the immediate next choice for the MCU. As per reports, after Tom Cruise said no to film – because he wanted a few changes to the script and the makers didn’t want to compromise, the maker went to Sam Rockwell. Though Sam didn’t take up the offer, he did feature in the Iron Man movies as Justin Hammer in the second instalment. The other choices for the role of Tony Stark were Hugh Jackman, Clive Owen, Timothy Olyphant, and Nicolas Cage before Robert came on board.

Interestingly, Tom Cruise and Robert Downey Jr have competed for several iconic roles besides MCU’s Iron Man. Reports reveal RDJ was considered during the casting for the role of Lt. Pete “Maverick” Mitchell in Top Gun. This role landed up falling in Cruise’s kitty, who made the film and the character an instant hit. Downey, on one occasion, also revealed that Cruise was the first choice to play Charlie Chaplin in Richard Attenborough’s Chaplin. This film got Downey his first Academy Award nomination.

Did you find this trivia interesting? Stay tuned to Koimoi for more.

Must Read: BTS Member Jin Owns A Lamborghini Worth $522,000, A $3.7 Million Apartment & Many Such Mind-Blowing Possessions!