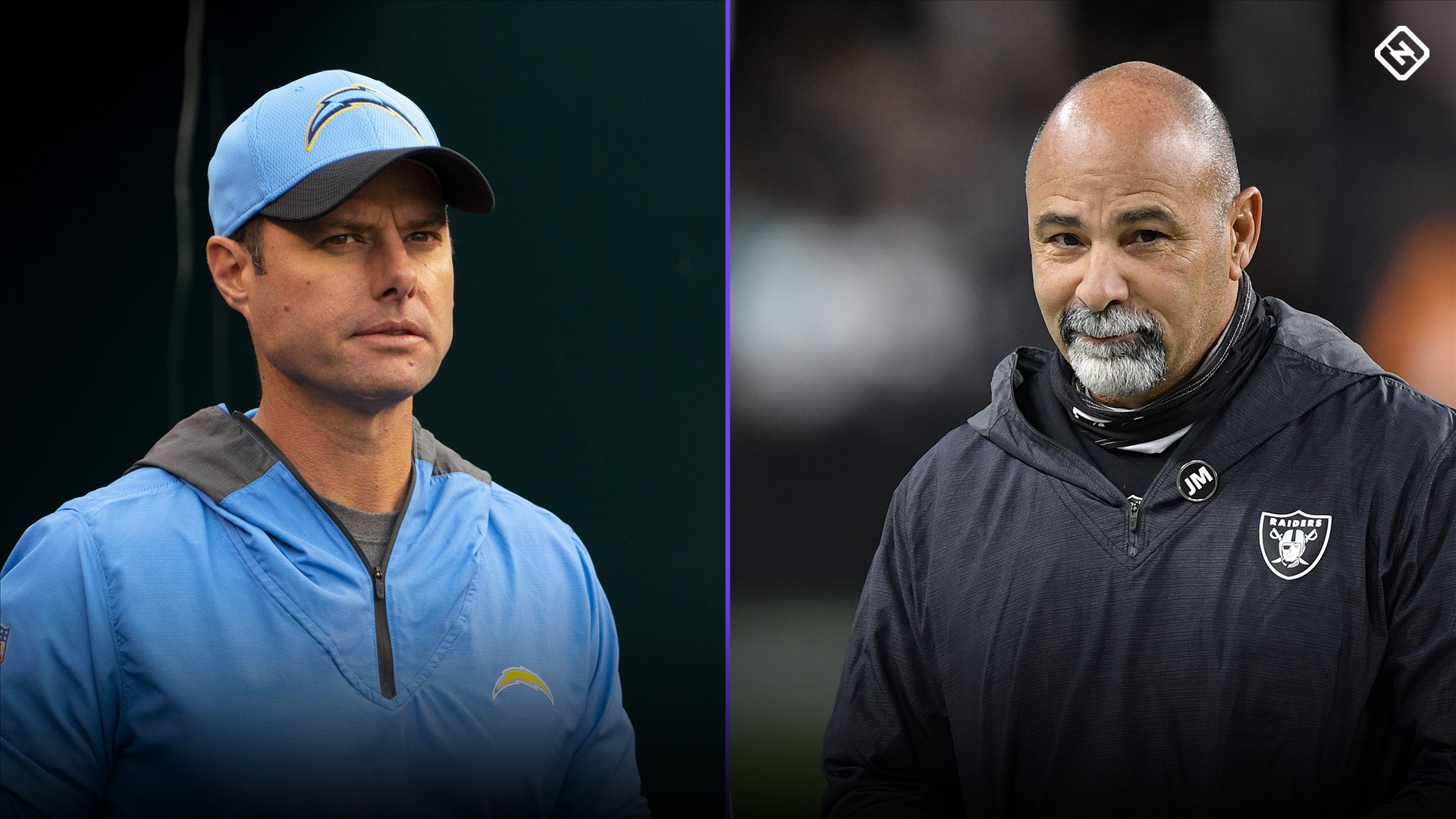 As the clock ticked down in overtime of Sunday night’s Raiders-Chargers game, fans began to think that the impossible might happen.

Before the game started, there was plenty of talk about a scenario in which, if other games fell in line, the two AFC West rivals could face off in a “Sunday Night Football” game only needing a tie for both teams to advance.

Though the two sides didn’t kneel down the entirety of the game, it appeared there would be a tie anyway after Las Vegas running back Josh Jacobs rushed for 7 yards near midfield and both sides allowed the clock to wind down under a minute remaining. Until, that is, Chargers coach Brandon Staley called a timeout.

After the timeout, Jacobs rushed 10 yards for a first down to the LA 29. Las Vegas then ended NFL fans’ hopes for a tie as kicker Daniel Carlson drilled a 47-yard field goal with no time remaining. The Raiders moved on to the playoffs via a 35-32 win and Los Angeles went home to end the 2021 regular season.

Staley said after the game that his mindset was to make Carlson’s kick as long as possible and that he wanted to bring out the proper defensive personnel to stop a run by the Raiders.

“We felt like they were going to run the ball, so we wanted to get our best 11 personnel run defense in, make that substitution so that we could get a play where we were deep in the field goal (range),” Staley said.

Staley added that he didn’t believe the Raiders had changed their mindset after the timeout, noting that Las Vegas ran the ball before and after it.

“We wanted to make sure that we got our run defense in there,” Staley said. “And we obviously didn’t execute well enough, but we wanted to get our premium one backline defense in here and that’s what we did.”

Raiders interim head coach Rich Bisaccia said his team had a conversation on the sideline about the possibility of a tie as time was winding down. He said that when Los Angeles did not call a timeout after Jacobs’ 7-yard run, he thought “they were probably thinking the same thing.”

“Then we had the big run through there. And when we got the big run and got us in what we thought was advantageous field goal position for us, we were going to take the field goal and try to win,” Bisaccia said. “But we were certainly talking about it on the sideline. We wanted to see if they were going to call a timeout or not on that run. They didn’t, so we thought they’re thinking the same thing. And then we popped a run in there and gave us a chance to kick the field goal and win it. So we were certainly talking about it.”

The Chargers had tied the game 32-32 with 4:35 left in overtime as Dustin Hopkins drilled a 41-yard field goal.

Las Vegas started the ensuing drive with a quick 17-yard strike from quarterback Derek Carr to Bryan Edwards to the Raiders’ 42. Jacobs rushed up the middle for 7 yards, and the clock ticked down. The next play, Carr threw a short pass to Jalen Richard for a 5-yard loss, and the clock kept ticking.

Carr then found Zay Jones at the Chargers’ 45 for a gain of 11, moving the chains and bringing up the two-minute warning. Jacobs rushed for a loss of 1 on the first play after that and then for another gain of 7 to the Chargers’ 39. It was then, with 38 seconds left, that Staley called a timeout, his first of two in the overtime period.

After the timeout, Jacobs gave Las Vegas a first down and ensured that not only would the team be in field goal range for Carlson but also that it controlled the clock with only one timeout remaining for Los Angeles.

“It definitely did, obviously, but we knew, no matter what, we didn’t want a tie. We wanted to win the football game,” Carr told NBC Sports’ Michele Tafoya. “Obviously, if you tie, you’re in, all those things, but my mindset, all day, I even was texting with Aaron Rodgers this morning. My mindset was to make sure that we were the only team moving on after this.”

As some pointed out, it looked as if the Raiders were going to run the ball before the Chargers called timeout. Even a short run up the middle would have put Carlson in field goal range. His career long is from 56 and he entered the game having made 12 of 15 kicks from 50 yards or farther.

Raiders weren’t taking a knee here before the timeout. And after the timeout they got under center and ran. They were going to try a field goal no matter what imo pic.twitter.com/xSskq71ztA

Now, the Chargers will have to watch the rival Raiders take on the Bengals in the first round of the playoffs while Los Angeles waits for next season.