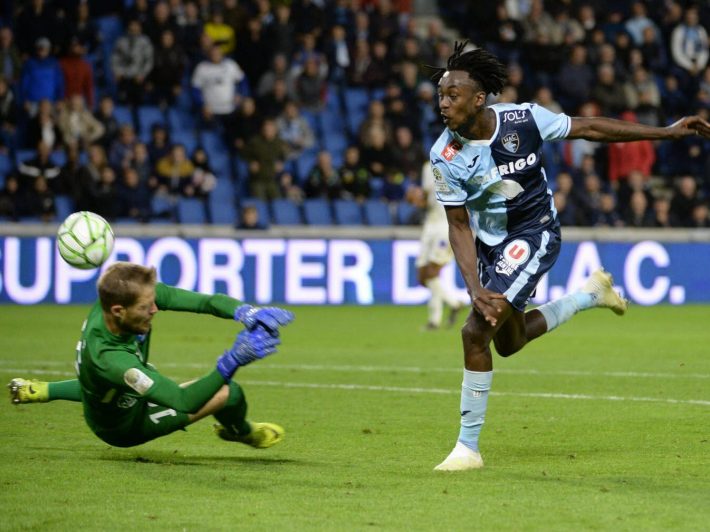 Zimbabwean right-winger Tino Kadewere received a red card while Lyon were two goals ahead before they lost 3-2 away to Nice in a French Ligue 1 match played on Sunday afternoon.

Kadewere returned to action mid this month after having been out of action for a month due to a serious injury.

However, his afternoon was ruined by a moment of madness after he made a costly nasty tackle on an opponent .

Before his red card, Cameroonian striker Toko Ekambi put Nice ahead in the 35th minute then Houssem Aouar added the second goal in the 68th minute.

However, the Zimbabwean’s 85th minute red carding changed the complexion of the game in favour of the hosts.

Four minutes later, Youcef Attal scored the opener for Nice before Andy Delort added the second goal from the penalty spot in the 89th minute.

Finally, Nice completed the come back when Evann Guessand scored two minutes into added time to hand the hosts a hard fought win.

Lyon are on ninth place with 16 points from 11 games whereas the third-placed Nice have 19 points.

Paris Saint-Germain led the standings on 27 points going into their weekend assignment against Marseille.